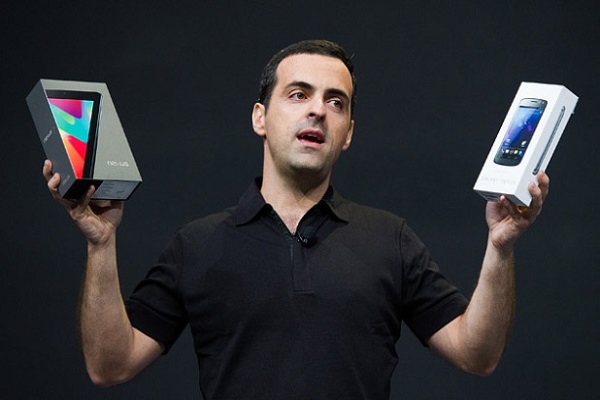 Hugo Barra former Google vice president for Android product management has been hired by Up-and-coming Chinese smartphone maker Xiaomi to lead its expansion worldwide.  Barra has been with Google since 2008 and with the Android team since 2010.

“I have decided to start a new career chapter,” wrote Barra on his personal Google+ page. “In a few weeks, I’ll be joining the Xiaomi Global team in China to help them expand their incredible product portfolio and business globally — as Vice President, Xiaomi Global. I’m really looking forward to this new challenge, and am particularly excited about the opportunity to continue to help drive the Android ecosystem.”

Xiaomi Global, a three-year old company valued at about $10 billion that expects to sell 20 million devices this year. Xiaomi’s CEO Lei Jun and President Lin Bin both confirmed that Barra would be joining the company in posts on Chinese Twitter-like site Sina Weibo on Thursday.

Xiaomi, which means “Little Rice” in English, has gained its popularity partly by selling high-end Android phones, but at low prices. For example, the company last month announced a phone built with a quad-core processor, 4.7-inch screen, and an 8-megapixel camera, for the low price of US$129 when bought without carrier subsidies, much lower than the $770 price tag of the iPhone 5 or the $470 for the latest Galaxy model by Samsung Electronics Co Ltd.

The popularity of Xiaomi’s cheap yet sleek handsets is undeniable.  According to local benchmarking company Antutu, its flagship smartphone, the Mi 2S, was the most popular phone in China during the first half of the year.

In the second quarter of this year, Xiaomi was ranked sixth by market share, one notch above Apple, but this lead is likely to be short-lived as the U.S. firm is expected to unveil its redesigned iPhone in September and may also release a cheaper emerging market smartphone.

Xiaomi is joining the ranks of other Chinese smartphone vendors wanting to make it big in the international market. Telecommunication equipment vendors Huawei and ZTE have been selling handsets in the U.S., and PC maker Lenovo is also eyeing mature markets for its smartphone sales.

However Chinese branded phones have yet to gain the worldwide recognition their rivals Apple and Samsung Electronics enjoy. Instead, Chinese handset vendors have excelled more at selling affordable phones than at generating brand awareness.

Xiaomi’s phones have started to sell outside of mainland China, in Hong Kong and Taiwan. But next year, the company could start expanding into five other foreign markets, with the hiring of former Google vice president for Android product management Hugo Barra.

Next week, Xiaomi is holding a major event in Beijing, where the company is expected to unveil its next flagship phone. Xiaomi has also been rumored to be developing a tablet.

Barra is an important hire for Xiaomi because he can help the company cooperate with Google to deal with patent disputes that have hampered other Android smartphone makers, said Sandy Shen, an analyst with research firm Gartner.

“These legal issues have been a big problem. It can affect a phone’s design and software,” she added.

Barra could also aid the Chinese company in improving its customized Android interface for its phones, said David Wolf a technology consultant at public relations firm Allison+Partners. But it is not clear if Xiaomi’s crowdsourcing model will be a boon or a burden for the company when it comes to foreign markets, he added.

“Can you trust the people who want you to add this feature on the phone? Or will it turn you from a market leader into a market follower?” he asked.

Xiaomi generated revenue of 13.3 billion Yuan (US$2.2 billion) for the first half of this year, but there is no clarity on how profitable the company is. However, investors are flocking to the smartphone maker, and the company’s valuation has reached  about $10 billion, Lei said in a post on Chinese Twitter-like site Sina Weibo earlier this month.

A fast growing company like Xiaomi will naturally want to expand globally, earn more profits, and build up the manufacturing capacity for its products, Wolf said. But Xiaomi will face stiff competition, and perhaps it needs to pick a new name for the company that’s easier for international customers to pronounce, he added.

“I think the challenge is how much bandwidth they can devote to becoming an international company,” Wolf said. “And it’s also about how can they be innovative when there are much more better funded and experienced companies out there.”

Anna Domanska
Anna Domanska is an Industry Leaders Magazine author possessing wide-range of knowledge for Business News. She is an avid reader and writer of Business and CEO Magazines and a rigorous follower of Business Leaders.
« Vodafone and Verizon are to start talks for U.S. Wireless Stake Sale
Wal-Mart cuts iPhone 5 and iPad prices »
Leave a Comment
Close