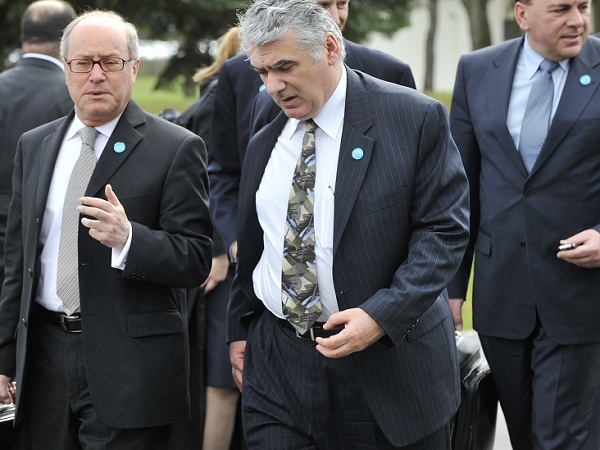 According to the former policy maker for the European Central Bank, Athanasios Orphanides, the disintegration of the eurozone is imminent if the government is unable to arrive at an agreement regarding a banking union supported by a safety net comprising of universal deposit.

A member of the Governing Council of the European Central Bank until the month of May, former ECB member Orphanides stated that vocal protestors of unified deposit insurance, namely Germany, were causing a lot of harm to the region consisting of 17 different nations by permitting noticeable differences to occur in the rates of bank interest along with the security of the deposits of customers from one country to another.

The ECB is likely to be subjected to the sweeping reforms unveiled by the European Commission just the week before to oversee the operations of all the banks in the eurozone as a forward step towards the establishment of a banking union and prevent the disintegration of the eurozone. The plan was severely criticized by Germany who at once caused protests that the schemes threatened to exceed the limit of the European Central Bank.

Orphanides, in a Group of 20 seminar convened in Mexico City, stated that it is highly necessary that minds are converted in a unanimous direction. Otherwise, there is a great risk of the disintegration of the eurozone. Former ECB member Orphanides has reason that to believe that the governments which think that a system penalizing banks in a few states and subsidizing them in another are causing greater harm to the euro region in a considerable manner.

Finance ministers of the eurozone met in Cyprus the weekend before but could not reach an agreement regarding the structure for banking union, with Germany along with some others that normally deposit guarantees deciding to place them on the hook for banks situated in Spain or Greece by making use of deposits in their regional banks in order to fund the recues taking place in other nations.

Orphanides, during his time as a member of the ECB, encouraged extremely low rates of interest at the peak of the financial crisis and happened to be a major architect of its primary bond buying policy, which has since then been revived in a separate format.

The former governor of Cyprus maintained that the move of the European Central Bank to connect bond purchases in the future to reforms allowed for improved incentives to bureaucrats to move ahead with the required changes.

As stated by former ECB member Orphanides, the actions taken by the European Central Bank seemed to have had the impact of buying some amount of extra time for the administrations. He claimed that is the government that should take a firm stand and make necessary political decisions in a bold manner so as to bring back stability back and avoid the disintegration of the eurozone.

Former ECB member Orphanides pleaded with upcoming market economies to permit their currencies to appreciate to allow the rebalancing of the international economy, something which nations like Brazil have pledged to resist in case the local rates of exchange face pressure owing to added stimulus in Japan, Europe and the United States.