EV startup Rivian gets $2.5 billion in latest round of funding

EV startup Rivian is racing to bring an electric pickup to the market ahead of Tesla.

Electric vehicle startup Rivian got a $2.5 billion round of investment led by T Rowe Price, Friday. Rivian is backed by Amazon and Ford Motor, and the new round takes its total investment to at least $6 billion, including a $1.3 billion round in December led by T. Rowe Price and including Amazon, Ford and BlackRock, according to Reuters.

Rivian has made quiet inroads into the competitive electric vehicles market ruled by the behemoth Tesla and the small rival Nikola Corp. Rivian aims to put an electric pickup and SUV into production latest by 2021. Both Tesla and Nikola have plans for pickups in the near future with no set date.

“We’re focused on making sure that we deliver,” CEO and founder Robert R.J.Scaringe told CNBC before the company announced its newest round of funding Friday. “We really value active humility and letting our actions speak louder than our words.”

This huge influx of money has bolstered Rivian’s production plans. The company has opened up more than six offices all around the globe and now employs around 2,400 people. 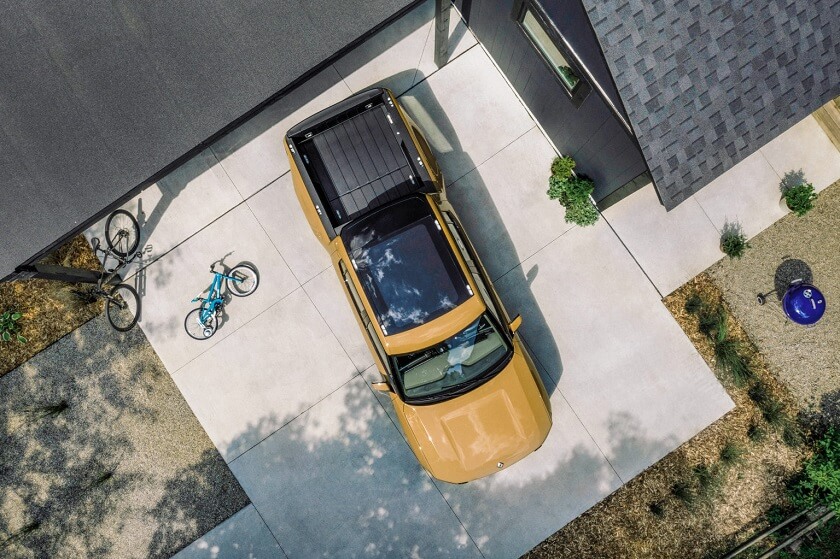 Rivian was started in 2009, and the original plan was to build a Tesla Roadster-style sports car.

The 37-year-old Scaringe has worked hard over the past decade to grow the private company to rival Tesla, as it is only the second company to mass-produce all-electric vehicles.

Scaringe has no plans to go public yet. In an earlier press interview, he said, “We’re in a position where we’re well-capitalized to launch the products but we are rapidly expanding and growing and accelerating some of our future products. We’re seeing demand being significantly higher than what we initially anticipated, which is leading us to capacitive for higher levels of volume.”

Rivian was started in 2009, and the original plan was to build a Tesla Roadster-style sports car, but Scaringe changed his plans to designing an electric pickup truck and SUV. The founder has stayed under the radar for almost a decade and made his plans public in mid-2018 before the launch of his first two vehicles, the R1T (the pickup) and the R1S (the SUV), at the LA Auto Show of the same year.

Rivian is also producing a van for Amazon, which the company pre-ordered 100,000 for its delivery fleet over the next decade. Rivian is also working with Ford on developing an electric vehicle for its Lincoln brand.

The RiT and R1S will achieve a driving range on a single charge of more than 400 miles, similar to Tesla’s Models S Range.

The vehicles will be manufactured at a former Mitsubishi Motors plant in Normal, Illinois, bought for $16 million in 2017. The company is spending more than $750 million to equip, renovate and expand the facility ahead of production.

“Clearly, we believe in the company and we think he has a great opportunity to succeed,” Sandy Schwartz, CEO of Cox Automotive, told CNBC after his company invested $350 million in Rivian in September. “We thought this was really a good fit for us and for them.”

Thomas Zurbuchen revealed that seeing the deepest image of the universe for the first time will be akin to witnessing nature “giving up secrets that have been there for many, man
7 hours ago