Simple Energy plans for a cleaner, greener future with EVs.

The energy-startup is mainly known for its electric scooter Simple One, which was launched in August 2021. However, the company has not yet started delivering the two-wheeler to customers.

Lithium-ion battery cells are the central unit of any electric vehicle (EV). Simple Energy’s pact with Charge CCCV (C4V) focusses on setting up a Lithium-ion cell manufacturing system in India. The company revealed that they have signed a Memorandum of Understanding (MoU) to this effect with C4V. The facility will receive an initial investment of $150 million.

Simple Energy and the EV

Simple Energy was founded in 2019 to redefine the future of electric vehicles, by making them secure and affordable. The company leads the domestic EV industry by vertically integrating the entire value chain.

Shreshth Mishra, co-Founder of Simple Energy mentioned that, “C4V has been working on battery and cell technology for quite some time that is not dependent on rare earth materials. Simple Energy along with C4V will jointly work on R&D of cell manufacturing that makes the battery packs of tomorrow safer and better performing.” He informed the Press Trust of India that the facility with an initial capacity of 1-Gigwatt hours will be gradually increased to 5-Gigwatt hours, and is expected to be operational by the end of this year. 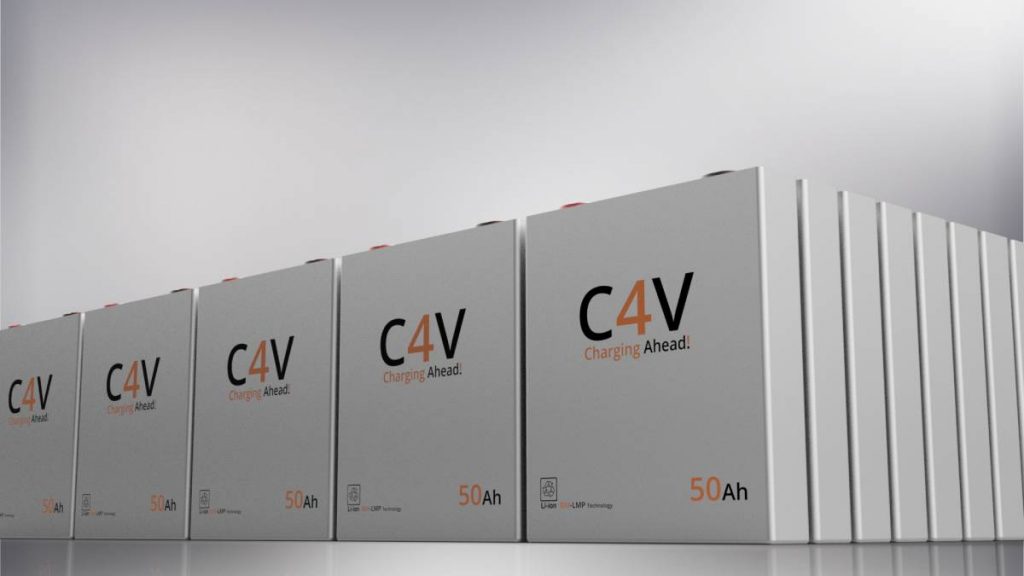 Simple Energy, along with C4V, will build the required ecosystem for EVs in India.

In addition to the development of batteries, the two companies will collaborate on building cells with industry-leading safety, higher energy density than LFP (Lithium Ferro Phosphate) batteries, faster charging, and longer life cycle based on C4V’s patented technology.

Mr Mishra also revealed that this partnership will help Simple Energy refine its technology as it works to drive innovation and produce modern two- and four-wheelers in the near future. He affirmed his faith in their US-based partners by revealing, “By partnering with C4V, we will consolidate cell supply, which is a vital component for us. This strategy also makes us more self-reliant and reduces our dependency on imports.”

C4V is based out of Binghamton, New York, and holds patents for its Lithium-Ion battery manufacturing process and composition. Last year, the company was invited to participate in a U.S. Department of Energy Project that focused on solar powered hybrid system for grid stabilization.

As of today, the company offers different batteries, including the P-series, N-series, and S-series batteries. LiSER is a proprietary battery technology developed by the firm.

Kuldeep Gupta, Vice President of CV4 mentioned that the American manufacturer is always ready to collaborate and wishes to support the EV industry in India.

Keeping in mind the rising fuel prices and economic instability brought on invasions, he added, “Empowering local manufacturing will not only reduce the burden of import duties but also ensure the timely supply of quality batteries in the EV space boosting the confidence of Original Equipment Manufacturers (OEMs) in the electric mobility market.”

Currently, the company is in the final stages of commissioning its iM3NY Gigafactory in Upstate New York and aims to start production in the next few months. They are working to accomplish a 38GWh production target within the next eight years.