Eurozone Pressures Extend beyond Greece, to Spain and Italy 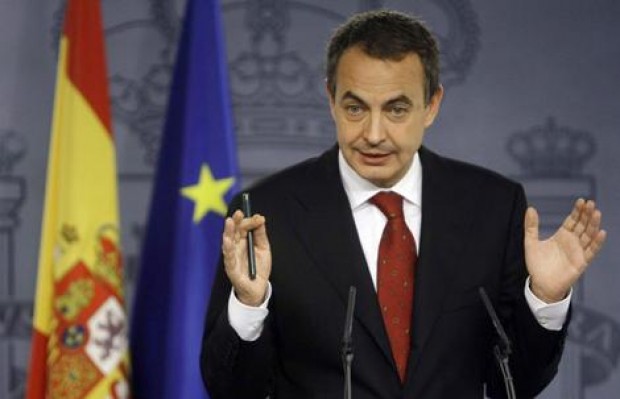 With Standard & Poor’s cutting their outlook on Italy’s economy from “stable” to “negative”, along with the massive political loss suffered by Spain’s Socialist Party, have worsened existing debt concerns in Europe.

Italy accounts for almost 20% of all government debt in the European Union, while Spain’s economy is the fourth-biggest in the Eurozone.

Speculation that these two countries might likely be dragged into the political and financial chaos in Europe that has already included a few bail-outs and the current frenzy of arriving at some sort of salvation deal for Greece, led to a sharp drop in the Euro, which fell below $1.40 for a while Monday, while most European stock markets closed over 1% lower yesterday

Will Spain need a Bail-out?

With the defeat of Socialist Party over last weekend in regional and city elections implying that Spanish Prime Minister José Luis Rodriguez Zapatero’s political party is likely to lose as many as six of the seven regional governments they control to the opposition Popular Party, led by Mariano Rajoy, this incident has sparked off enormous concerns regarding the ability of Zapatero’s  government to deal with deficit reduction in the euro zone’s fourth-largest economy and avoid the need for an international bailout.

According to market analysts, the political loss of Spain’s Socialist Party was brought on by a deep economic crisis and related high unemployment levels (21%).

The Spanish economy being twice the size of Greece, Ireland and Portugal combined, though recent reforms in the banking sector had given the Government some protection from the financial troubles being witnessed by Greece, Portugal and Ireland, in light of the recent political losses, Spain would need to step up its game if it wants to continue to protect its economy.

With Madrid aiming to lower its budget deficit from 9.3% in 2010 to 6% of the GDP in 2011 and further to 3% by 2013, Prime Minister Zapatero, in response to the public calls for early national elections, said on Sunday that he does not intend to hold early elections and that the top priority for his government is to see through budgetary reforms that would protect Spain’s economy from suffering.

Miguel Angel Fernández Ordóñez, Governor of the Bank of Spain stated on Monday the need for the Spanish government to push forward with economic reforms to lower the country’s debt.

In a report published last weekend, Standard & Poor’s downgraded Italy’s credit rating outlook to from stable negative, given the country’s declining economic growth and “diminished” prospects for a debt reduction by the Italian government.

This report, which affirmed Italy’s previous long-term A+ rating, followed the political setback suffered by the centre-right coalition of Silvio Berlusconi in local mayoral elections.

Citing Italy’s current growth prospects as being weak, in addition to apparently wavering political commitment towards reforms that would enhance productivity, the S&P report said that, “Potential political gridlock could contribute to fiscal slippage. As a result, we believe Italy’s prospects for reducing its general government debt have diminished.”

Dismissing this downgrade, Mr Giulio Tremonti, Italy’s finance minister said that Italy had always been “prudent” in its estimates, in reference to the cut in economic growth forecast by the government last month from 1.3% to 1.1% for 2011 and from 2% to 1.3% for 2012.

Adding that the government would “intensify” reforms, Tremonti added, “As has been demonstrated in past years, and in the more recent years of this crisis, Italy has, is and will be a country with the economic and political resources to do what is necessary to always respect the pledges it has made”.