Eurozone Manufacturing slips while Asia is on a roll. 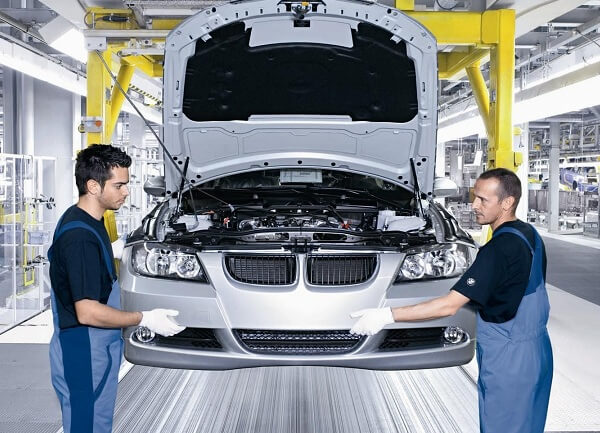 The manufacturing sector of Eurozone showed a sharp shrink in almost three years in April, while the data from Asia seems to be very impressive for the quarter. The numbers from the US manufacturing sector also showed a surprising rise in factory growth which left Eurozone as the weakest link in the economic chain with the austerity programs and fiscal crisis taking a toll.

Germany’s manufacturing sector showed a downfall for second consecutive month while France had the similar story to tell.

Eurozone crisis is showing no signs of improvement lately and it’s rather facing a downturn with the updated manufacturing sector data coming in.

With the Eurozone currency bloc already being under the threat of a failure is likely to keep moving towards recession until the third quarter. With China’s HSBC PMI below 50 for the sixth consecutive month, UK, a major trading partner of Eurozone also showed a shrink in manufacturing sinking itself more into recession.

Eurozone Crisis gets worse with its unemployment rate rising to new height in March as 169,000 people lost their jobs. Eurostat, Eurozone’s official statistics agency published the unemployment rate update for Eurozone which indicated a rise from 10.8 % to 10.9 early this year. This matches the highest peak in last fifteen years.  The number of jobless people increased by about more than 1.7 million in last one year while this has been the highest in last 15 years.

The rise in unemployment will certainly bring consumer spending down very soon and Eurozone crisis will have a tough time in climbing the ladders of recovery. This will also bring a discontent amongst most members of the Eurozone with the austerity programs put in place.

Demonstrators were reported to be turning out in huge numbers for May Day rallies in the Eurozone countries on Tuesday. They held protests against their governments’ applying austerity programs and gaining popularity with elections coming up in Greece and France on May 6.

While new orders continue to fall, the manufacturers are forced to lay off more and more people and hope of jobs market to turn around in near future seems like a dream.

Eurozone is under a huge debate right now whether austerity is making the Eurozone debt crisis worse rather than helping to resolve it. Optimistic members of the Eurozone still have a hope that foreign demand with help their economies prop up at such an extent that they will be soon be capable of their own budget retrenchment.