The selling of lower quality of food in some of the poor European countries has been a weighty topic for years. Recently, Bulgaria’s minister for agriculture, food and forestry, Rumen Porozhanov, claimed that multinational food companies are using poorer quality ingredients in products sold in Central and Eastern Europe than in Austria, Germany and the UK among others. Experts had been sent to purchase chocolate, dairy and meat products, juices and baby foods, and non-alcoholic beverages from Germany and Austria to make the food quality checks after buying the identical products in Bulgaria. “Next week, we will buy identical products that are sold on the Bulgarian market by the big chains and then the analysis will start,” he added.

The newly elected Bulgarian Prime Minister, Boyko Borissov, appeared to attribute the alleged differences in quality, saying, “Maybe this is a remnant of apartheid – for some, food should be of higher quality, and for others, in Eastern Europe, of lower quality.”

It is unclear what Bulgaria has for its bitter claims.

The results of the research would not be available until June 30, 2017.

The complaint follows similar allegations from governments of Czech Republic, Slovakia and Hungary. In February, Hungary’s food safety authority claimed to have discovered that Nutella sold in Hungarian supermarkets is not as mellow as the Austrian counterpart. Slovakia’s food quality watchdog found differences in smell, taste, look and composition in nearly a dozen products sold locally and in Austria and Germany. 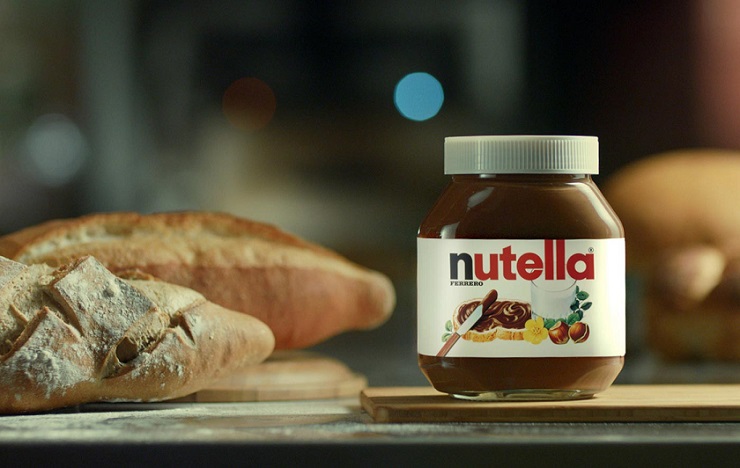 A 750gm of Nutella jar costs 3.80€ (Euros) at Kaufland, Germany. “In the Czech Republic it costs about 5.62€ (Euros),” says Czech shopper Antonín Dvorak, who now buys groceries from Germany.

In a German supermarket, Czech shopper Antonín Dvorak swirls a jar of hazelnut-chocolate spread Nutella as he holds it up to my face, “In Bulgaria, Nutella tastes like some thick paste of cocoa and tree bark, and maybe like 15% of Nutella taste,” he says.

Western retailers sell second-class groceries. Many tests about known brands reveal there are differences and that’s why many Slovaks and Czechs buy groceries in Austria or Germany. For instance, OMO detergent in Germany retails for 6.99€ (Euros), whereas in Czech Republic, it sells for 8.20€ (Euros). Milka chocolates which are produced locally in CR sell for 0.81€ (Euros) in cheap Bulgarian supermarkets, whereas they’re sold at 0.79€ (Euros) in Germany. The prices for fruits, vegetables, and meats go even higher.

The question is an open one: Could it be a case of the price of association?

Certain food items are naturally priced higher due to taxes as well as local produce requirements. So, almost everything is expensive, and it’s accepted as a default. For instance, from a Canadian perspective, grocery items are cheaper in the US even when factoring in the exchange rate and taxes. Similarly, in Brazil, almost everything is incredulously expensive because of the import taxes and other miscellaneous taxes. 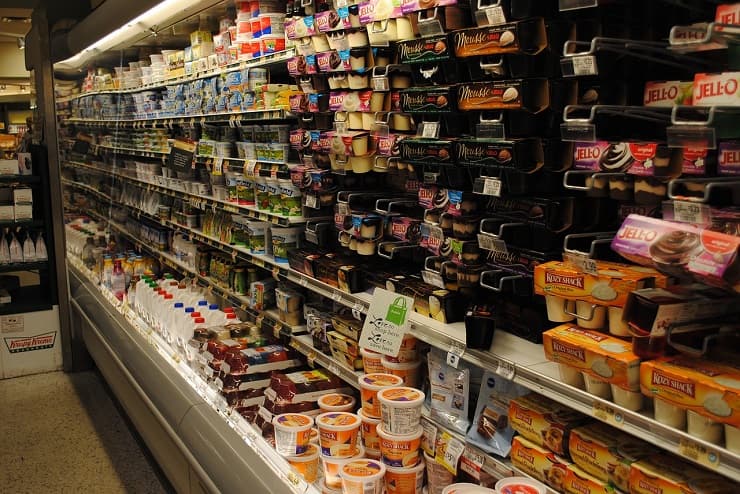 Multinational food and drink companies are selling poorer-quality items at a higher rate in Eastern European countries compared to some of its richer neighbors.

The basic problem is that Bulgaria is one of the poorer European countries, and as such cannot afford many higher quality food products at full price. Generally, brands lower their price, and in doing so they have to lower their quality to still make a profit. But, this is not the case – multinational food and drink companies are selling poorer-quality items at a higher rate in Bulgaria compared to some of its richer neighbors. An ever bigger problem is that companies use the same packaging as the rest of the EU, and in doing so they are suggesting that they are selling more quality than they actually are.

In a 2015 comparative study executed by the University of Chemistry and Technology in Prague, 30 students were asked to sniff, prod and taste 24 products, including coffee, cheese, margarine, etc. sold in identical packaging in Germany and the Czech Republic. The items were then compared in a lab. It was found that 8 of the products were 35 percent different in either quality or composition.

Another question: Are food companies allowed to use ingredients of less quality, legally?

No. Czech Republic norms are harsher than new European ones. There are several examples where certain products imported to Czech Republic from other countries can’t be made in or sold in the country.

Secondly, often products sold in Germany have the same packaging and yet are made from lower-quality ingredients than those sold in Germany. For instance, the cola sold in Germany has different content than the one sold in Czech Republic or Hungary or Slovakia. Of course, the cola company would say they are trying to “accommodate different tastes,” because the customer base in one country is less developed than in the other. Multinational companies, as well as small producers, often change the composition to meet the demands of customers in different countries. But it has been found that local producers sell cheese which doesn’t contain any milk. Vintners make cheap wine which does not contain a single grape molecule.

The Central and Easter European countries want to lobby within the EU to stop multinational companies from selling lower food quality. Meanwhile, it is important to raise awareness. Boycotting certain products is one way of persuading producers that the market deserves products as good as any western one.

Anna Domanska
Anna Domanska is an Industry Leaders Magazine author possessing wide-range of knowledge for Business News. She is an avid reader and writer of Business and CEO Magazines and a rigorous follower of Business Leaders.
« India is the Fastest Growing Economy in the World As Per Q1 Poll Results
Former Microsoft CEO, Steve Ballmer Talks About Investment in Twitter »
Leave a Comment
Close