Inclusion of ‘sustainability clause’ in Greentech investment gaining traction as investors ready to back such ventures, especially with countries and companies reinforcing their commitment to a cleaner world.

Greentech investment ventures adding ‘sustainability clause’ in deal terms are slowly gaining traction amid fund managers. There are many investors that are backing funds that use environmental, social and governance criteria to screen the companies they invest in.

There are more than 534 sustainable index mutual funds and exchange-traded funds globally, accounting for $250 billion as of June 30, according to Morningstar, a financial website.

Europe leads in this with more than 75% of global assets in sustainable passive funds, according to Morningstar.

“The materiality of issues like climate change are more established [in Europe], and it’s not seen as a political issue, but rather a scientific one,” says an expert.

A network of European entrepreneurs and investors and Berlin-based non-profit Leaders for Climate Action (LFCA) have come together to carry this commitment forward. They aim to marry “ecological success with economic success” in the tech industry, said its founder Philippe Singer.

A key component of the scheme is the so-called “sustainability clause” that VC backers are required to sign with start-ups during funding negotiations to ensure they commit to meeting their climate goals. 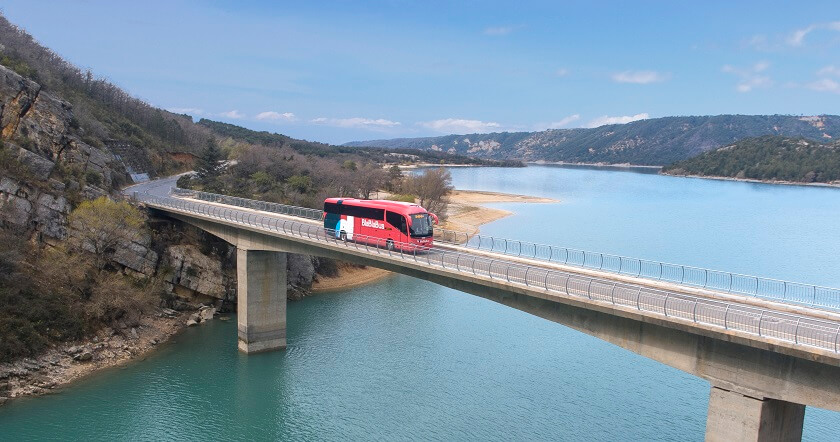 French car-sharing service BlaBlaCar has committed to reducing its carbon footprints in their startup sustainability clause.

Start-ups that have signed up include the CEOs of German food delivery app delivery Hero and French car-sharing service BlaBlaCar. Both have committed to reducing their carbon footprints in their sustainability clause.

“We kind of liked that idea that it’s not just talk but real action,” Pär-Jörgen Pärson, a general partner at Northzone, said in an interview to the CNBC. “When it comes to the entrepreneurial community that is their modus operandi.”

A PwC report says that venture capital investments in climate technology have gone up almost five times the rate of overall global VC market between 2013 and 2019. But still, it is just 6% of VC portfolios as of 2019.

The VCs are hampered by their own clients who are seeking high and immediate returns on their portfolios.

“Investors across the early-stage life cycle of climate tech companies need to work harder to recognize the time-critical and strategic opportunity climate tech offers, and to free up more capital to address the large financing and funding gap,” PwC said in its report.

The organization has electric scooter start-up Tier and tree-planting search engine Ecosia as members but not many investors are funding such green firms.

LFCA at the moment has 800 member companies that have made $5.6 million in carbon-offset credit purchases to date. Singer is now looking towards the US to get more members to commit to the cause. Facebook’s German subsidiary has already signed up.

Investors are a little wary of investing in such green ventures. But Northzone’s Pärson, an investor in Spotify and Paypal-owned payments firm iZettle, believes that such investments can be profitable. He said Tesla was a shining example of how green tech works.

“Most change is pretty subtle but then, after a while, you reach a tipping point when a new behavior starts to multiply at much bigger rates,” he said. “You better get your money behind that, otherwise you will be on the losing end of the stick.

There are many VCs and investment funds that are totally dedicated to such green ventures and floated funds to back such ventures. Another option is getting a “B Corp” status, a type of corporate certification given to for-profit, impact-driven firms. One fund, London-based MMC Ventures, recently received that certification.

“There’s no doubt ESG is becoming a bigger and bigger influence on investing — you’re seeing it with public managers and public companies,” Bruce Macfarlane, MMC’s founder and managing partner, told CNBC.  “We know several of our companies are thinking of applying for B Corp status themselves.”

Investors are hopeful that success in green ventures will push entrepreneurs in this field to innovate and back others in climate tech.

A study published in January by Augustin Landier of HEC Paris Business School, Jean-François Bonnefon of Toulouse School of Economics, and Parinitha Sastry and David Thesmar of MIT Sloan, showed that investors are willing to pay $0.7 more for a share in a company giving one more dollar per share to charity.

2019 saw a total of 479 green bonds issued worldwide, up by a quarter compared to the previous year, and 2020 is set to be a “bumper” year for green bonds, driven by a new set of standards in Europe and an uptick of activity across Asia, according to law firm Linklaters.

The global investment in clean energy was $301 billion in 2019. With a crash in fossil fuel commodity prices, the investment might have slowed, but solar and wind energy also saw a price adjustment, hence, investments in cleantech are bound to go up.

Political, business, and civil society leaders all have recently pledged to enhance their climate plans and investments. China, which continues to increase its renewable power infrastructure, has promised to go carbon-neutral by 2060. Japan another country that was reliant on coal for energy needs has made a similar commitment.