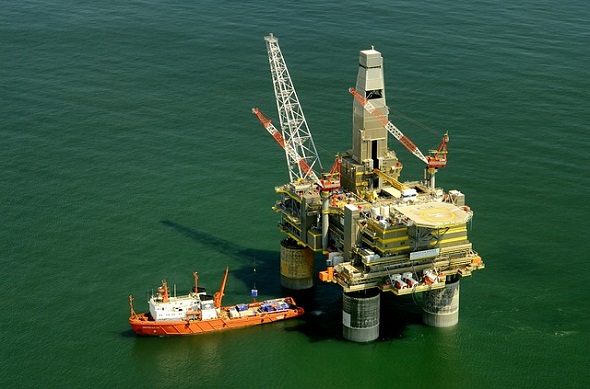 For the first time six leading oil and gas companies have been banded together to ask –The UN to agree and help device, and plan to stop global warming at the end of the year. Chief Executive Officer of the six energy group wrote an official letter to the top UN official- in charge of climate talks, in which it was stated that climate change is a serious challenge in the world, and they need governments across the globe to provide them with stable, clear, and long-term ambitious climate policy framework.

With an anticipated change, of the rising pressure on fossil fuel companies in front of a UN meeting in Paris, to seal an international climate deal, the chief executives of the European energy groups, including Britain’s BP and Royal Dutch Shell, had a direct dialogue with the UN government for supporting carbon price system. The executives wrote in a letter that they owe it to future generations to hunt for workable, realistic, and effective plans to support the climate change deal.

Chief Heads of France’s Total, Italy’s Eni, Norway’s Statoil, and Britain’s BG group said that they have significant areas of interest in, and contributing towards carbon pricing system by creating and implementing workable solutions for it.

Energy companies and trade association representatives have lobbied politicians in private meetings, rather, making public announcements. This highly public proposal marks a shift in the way they have approached UN climate talks that they usually attend as observers.

In December, about 200 countries are prepared to sign a global climate project at a UN conference, in Paris. Still, some energy companies are seeking for an agreement that includes a deadline to phase out fossil fuels, which scientist said that it must be curbed to eliminate potentially threat levels of global warming.

Yet, it’s vague whether such a measure will be approved by government, or not. But, growing pressure for politicians and investors for energy companies need to tackle climate change issues, as it has sparked divisions between US and European energy groups.

The six energy group companies said that they assumed shrinking the use of coal in electricity in favor of cleaning burning natural gas- a major source for generating revenues, it would curb carbon emissions.

Last week, on Friday, the six energy group’s chief executives wrote to the UN’s top climate official- Christiana Figueres had asked for a direct conversation with the UN governments on framing an international carbon scheme, and argued that the best way to spur climate-friendly investments is to launch carbon pricing measure, like the EU’s emissions trading system, and to create a global structure, connecting countries or regional schemes.

According to the Energy’s executives they said that this tactic would certainly add to companies’ cost, but will also create a robust platform for business players, and will draft a clear suggestion for future investments in energy industry.

Christy Gren
Christy Gren is an Industry Specialist Reporter at Industry Leaders Magazine she enjoys writing about Unicorns, Silicon Valley, Startups, Business Leaders and Innovators. Her articles provide an insight about the Power Players in the field of Technology, Auto, Manufacturing, and F&B.
« Uber Unveils Plans to Construct Giant Glass Headquarters in San Francisco
The US Economic scale is growing in spite of stingy consumers »
Leave a Comment
Close