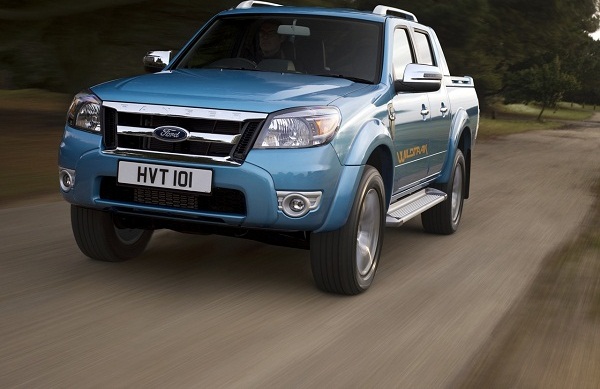 Ford Motor Co.’s second-quarter earnings dropped more than half, even though the company has large profits in America. The decrease is high mainly due to losses in Europe and other parts of the world. The financial results are not a surprise for Ford, but it was for investors, though. Bob Shanks, Ford’s CFO, however, warned in June that losses could occur especially in Europe and that there was a very high risk that they would have an impact on the Blue Oval’s profit. About $404 million was lost in Europe during the period.

Ford’s earnings dropped 57 percent to $1 billion in the second quarter, basically because of high losses in Europe valued at $404 million compared to a gain of $176 million in the US in 2011. Car sales in Europe made a loss because European consumers do not have faith in the European economy. Ford estimates that it will lose over $1 billion in Europe in 2012. Earnings per share fell to 26 cents from 59 cents compared to one year ago. Also revenue dropped 6 percent to $33.3 billion. However Ford continues to have high and strong results in the North America.

Apart from a $404 million loss in Europe, sales of trucks and cars in the region dropped 15 percent as well. Car sales have been decreasing in Europe for last four years. But until last year, Ford did not note any losses. However the 2012 year decline is higher than expected.

Ford acknowledged the problem in Europe. However, Europe is vital to the company. In addition, Europe is Ford’s second largest market after North America. Bob Shanks, the CFO at Ford, said: “It’s going to take quite a long time for Europe to work through these issues.” Although there are high losses noted in the second quarter, Adam Jonas, an analyst with Morgan Stanley & Co., mentioned that the financial result comes as some relief for a very beaten-up auto stock.

There are some other positives too. Evan Mann, an analyst with Gimme Credit, said: “Ford’s intermediate-term prospects are favorable, despite near-term challenges posed by Europe.” Evan Mann also stated that the company’s liquidity maintains its strength.

The Plan for Europe

The question remains what Ford will do with the current situation in Europe. Neither Bob Shanks nor Ford’s CEO Alan Mulally wanted to give any details on the possible plans for restoring profitability in Europe. Bob Shanks said:“This is going to be a holistic response, and if I were you guys I’d go back and look at what we did in North America with our One Ford plan.”

It can be expected that Ford will decide to close some of its factories in Europe. However it will not be so simple, because of the labor-friendly laws implied in Europe and a strong political opposition to job losses. In 2006 after a struggle with the weakening financial results Ford decided to restructure itself. The company took out a $26 billion loan, which was used to shut down 6 factories in the U.S., downsize a number of employees and redesign car models. Will Ford be forced to take the same steps?  Bob Shanks was quoted saying: “It is premature to discuss details of what our plans may be in response to the situation in Europe, but we will continue to communicate our plans at the appropriate times with all of our stakeholders.”

Anna Domanska
Anna Domanska is an Industry Leaders Magazine author possessing wide-range of knowledge for Business News. She is an avid reader and writer of Business and CEO Magazines and a rigorous follower of Business Leaders.
« Gas assets of UK to be bought by Li Ka-shing of Hong Kong
Digital Sales for Electronic Arts (EA) Games on the Rise »
Leave a Comment
Close