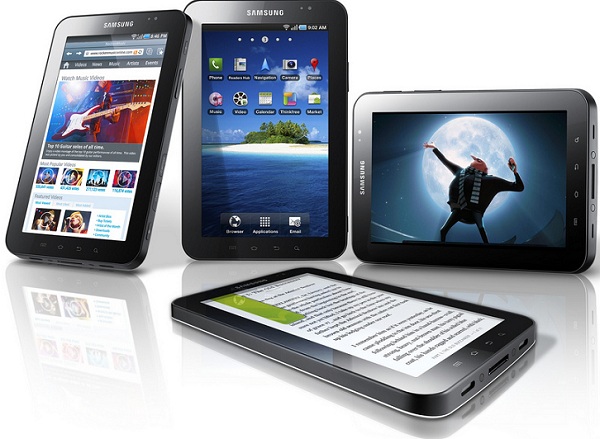 Both, American electronics giant –  Apple Inc. and South Korea’s Samsung Electronics, scored partial victories in a sentence made by German court. For last few years both companies have been at global war with each over tablet computers. Apple Inc. won a preliminary injunction against the Samsung Galaxy Tab 7.7, the sentence is another hit taken by Samsung. Accordingly, Samsung Galaxy Tab 7.7 is banned in all EU countries.

But Apple does not fight with Samsung only on European soil. The two giants are involved in many legal cases all over the world. The battle will continue as long as one of them becomes the incontrovertible leader of the smartphone and tablet computer market.

Lawyers of both companies, Samsung Electronics and Apple Inc., focus on legal action. But Apple Inc. launches legal actions on the basis of copying its design, and Samsung focuses on technology patents rather than design itself. Estimated lost profits of Apple Inc. are valued at $2.525 billion.

Samsung has been strongly denying all accusations of abusing Apple patents. During the lawsuit in Germany Samsung concluded that Apple Inc., American electronics giant, had been taking advantage of technology for wireless connections patented by a South Korean company, sic!

The legal actions take place also in San Jose California. US District court judge Lucy Koh wanted both companies to resolve issues before trials over the table. However meetings of Samsung and Apple Inc.’s lawyers, and even the appointment of  Apple Inc.’s boss Tim Cook and Samsung Electronics chief Choi Gee-Sung in San Francisco did not profit at all.

Both companies feel that they are aggrieved and disadvantaged. Samsung Electronics concluded in a statement that feeling, by saying:  “Samsung Electronics is disappointed with the court’s ruling. We will continue to take all available measures, including legal action, to protect our intellectual property rights and defend against Apple Inc.’s claims to ensure our products remain available to consumers throughout the European Union.”