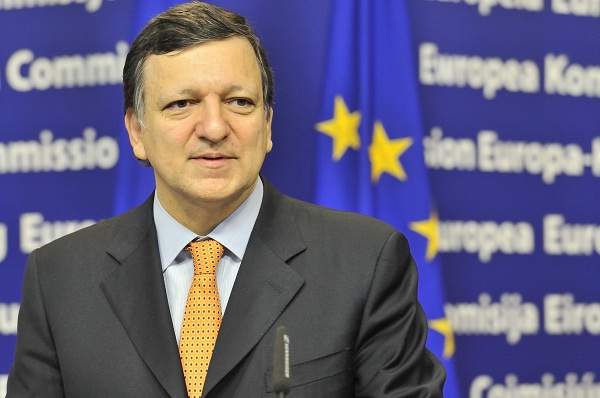 While speaking on fiscal policies in Brussels, the European Commission President, Jose Manuel Barroso, admitted that the ‘fiscal austerity’ policy practiced in EU in the past 3 years outlived its cause and no longer enjoyed the backing of the people.  Admitting that there are differences on the issue of fiscal austerity, he underlined that a combination of cuts in public spending and austerity would prove more effective than one over the other.

Differences in opinion on the fiscal policy adopted under the Berlin’s leadership have finally surfaced in public domain. The President has also underlined that governments should have wider leeway in managing their budget deficits to remain under the 3 percent of GDP ceiling.

Barroso for more leeway to governments on budget deficit management

Speaking-out forcefully on the fiscal austerity policy of the past few years, the President admitted that though the policy was fundamentally right, it was no longer sustainable both socially as well as politically. However, these comments carry great significance in the context of the recent ‘intervention’ by the IMF chief, Christine Lagarde, on the UK’s economic policy and recommending austerity policy for better performance.

Fiscal Rigour too tough on most Europlayers

This is indeed a very rare admission of the flaw in the recent spate of policies the European Union has adopted and implemented to contain the crisis. Barroso commented that while austerity did bring in the results, it also needed growth-building policies in the future. This fact was further endorsed by most European central banks: that they had failed to foresee the possible side-effects of austerity policies. Therefore, budget-cutting needs to be aligned with the growth as well as building of employment opportunities.

Austerity in fiscal policy was keenly promoted by the Finance Minister of Germany, Wolfgang Schaeuble, to  adjust fiscal and financial adjustments to achieve better credibility as well as restoring confidence in Europe. He continues to be of the opinion that it is the responsibility of the so-called advanced economies – which include the US and Japan, to introduce higher fiscal consolidation in the medium term as well.

It is awaited how far these recommendations will be considered by governments.

As part of the fiscal policy conference, several global forecasts were revised. IMF announced the lowering of its growth outlooks for Europe. Adopting a three-tier grouping of economies around the world,  Lagarde underlined that in the first group the developing economies were placed as they laid the foundation to growth globally. The second group consists of countries that are fast recovering such as United States. The third group consisted of most European states since may of these countries were unable to stimulate their economies. They have the lowest growth rates, globally and include nations such as Germany, Italy, France as well the UK.

In fact, Fitch too revised down it s credit rating on the UK to AA++, in its view the general government debt had climbed significantly.