Brooklyn, New York-based Etsy posted strong first-quarter earnings of $144 million, or 10 cents for every share, on revenues of $550.65 million.

Etsy Inc. agreed on Wednesday to buy youth-focused clothing marketplace Depop for around $1.63 billion in a bid to change the customer demographics of the online.

Etsy said London-based Depop, which handles around $650 million in gross merchandise sales a year, is one of the main ten most visited apps by “Gen Z’ consumers, with 90% of its active users younger than 26. The average Etsy user is around 39 years of age, a large portion of which are women in the United States.

“We are simply thrilled to be adding Depop—what we believe to be the resale home for Gen Z consumers—to the Etsy family. Depop is a vibrant, two-sided marketplace with a passionate community, a highly-differentiated offering of unique items, and we believe the significant potential to further scale,” said CEO Josh Silverman. 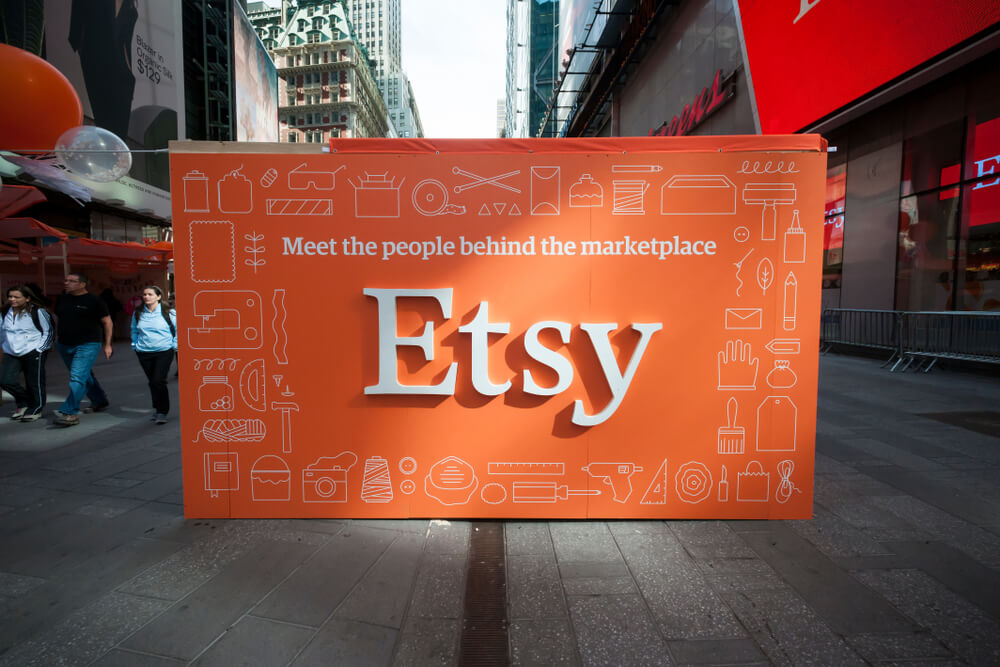 Etsy will pay about $1.6 billion for Depop in cash. Silverman

“Depop’s world-class management team and employees have done a fantastic job nurturing this community and driving organic, authentic growth in a way that aligns well with Etsy’s DNA and mission of Keeping Commerce Human.”

“We see significant opportunities for shared expertise and growth synergies across what will now be a tremendous ‘house of brands’ portfolio of individually distinct, and very special, ecommerce brands,” he added.

Brooklyn, New York-based Etsy posted strong first-quarter earnings of $144 million, or 10 cents for every share, on revenues of $550.65 million. The group estimates gross merchandise sales of $2.8 billion to $3.1 billion for the current quarter.

Etsy CEO Silverman revealed to TheStreet’s founder, Jim Cramer that habitual buyers on the platform were up 200% from a year ago, adding that the group is seeing a ton of interest in gardening and outdoor products as the pandemic comes to an end.

Etsy will pay about $1.6 billion for Depop in cash. Silverman said acquisition price was “a multiple that’s consistent with what you’re seeing in the market on a growth-adjusted basis based on gross profit, which is how most investors are viewing the resale ecommerce space right now”.

Depop grew sales faster than rivals ThredUp and Poshmark last year. Its price tag is way below that of its European rival Vinted, which was valued at €3.5 billion in a private financing a month ago, while Poshmark trades at a $3.5 billion market capitalization.

Etsy shares have fallen by more than 10% in the previous month, after it warned of headwinds, leading to a slow-growth in eCommerce later this year.

Anna Domanska
Anna Domanska is an Industry Leaders Magazine author possessing wide-range of knowledge for Business News. She is an avid reader and writer of Business and CEO Magazines and a rigorous follower of Business Leaders.
« Bought By Many pet insurer gets $2 billion valuation in series D funding
Tesla recalls 6,000 vehicles over potentially loose bolts »
Leave a Comment
Close