Cellulosic Ethanol Biorefinery to be constructed in Michigan 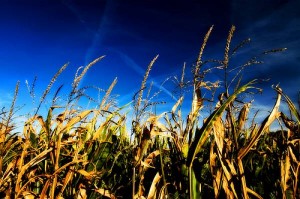 Finally there’s some good news for Ethanol producers who have been facing a lot of criticism as blame comes in from the industry for driving up the price of corn. Cellulosic Ethanol – a new form of Ethanol that uses a variety of non-food sources as its feedstock – is becoming increasingly popular, with billionaire-backed biofuels company Mascoma’s announcement of cutting a deal with oil refiner Valero to back construction of a commercial scale cellulosic ethanol biorefinery in Michigan.

As part of the deal, Valero has promised to invest up to $50 million in Mascoma and buy the fuel that the plant produces.

Mascoma is getting financial help to build the biorefinery from the US Department of Energy and the Michigan Economic Development Corp. “Valero’s proposed investment in our first commercial-scale production facility proves the economic practicality of Mascoma’s technology for the conversion of woody biomass into ethanol,” Bill Brady, Chief Executive Officer of Mascoma, said in a press release announcing the deal.

Forays into Biofuel Technologies so far…

Since 2008 a raft of biofuels companies and even large chemical companies like DuPont have been boasting about superior technologies that will enable turning waste matter like corn cobs, wood chips and municipal waste into biofuels. The chemical giant DuPont recently announced that it is partnering with Genencor, the enzymes unit of Danish food ingredient behemoth Danisco, to form a joint venture to produce cellulosic ethanol.

“Our joint venture is unique among [cellulosic ethanol] players,” DuPont Chief Executive Charles “Chad” Holliday told investors on a conference call Wednesday morning. “We have experience in engineering, project execution … and a strong global presence in agriculture and food markets.”

And Holliday said the combined expertise of the two companies would enable them to “go to market with the lowest-cost cellulosic ethanol.” Neither Holliday nor the Danisco executives specified a target price for the new ethanol, but a slide accompanying the investor call suggests the venture aims to be competitive with oil at around $70 a barrel.

The venture, DuPont Danisco Cellulosic Ethanol, will be shared equally between the two companies and will spend $140 million over the next three years to optimize its technology and build a pilot plant in an undetermined U.S. location. Plans call for a commercial demonstration facility by 2012.

All this having been said, no company so far has been able to construct and successfully run a commercial scale Cellulosic Ethanol Biorefinery. If Mascoma can pull this off in the next year or two, it will have achieved a feat that for many has proved too costly or too difficult at scale.