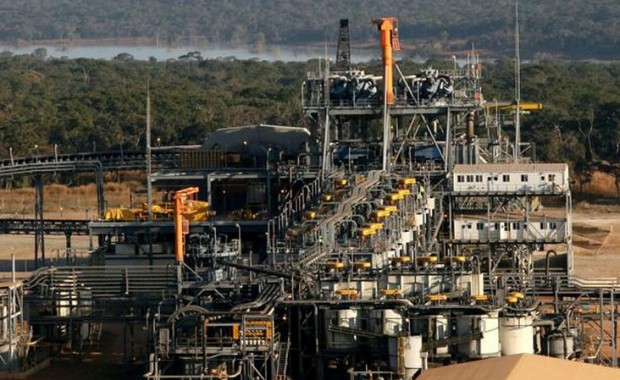 Barrick’s offer, being significantly higher than the $6.5billion proposal bid by Chinese miner Minmetals Resources, has meant that Minmetals has had to withdraw its offer and walk away from the deal; a blow to China’s latest acquisition attempt in the Australian mining sector.

According to statements made by Equinox, the copper-miner believed that the acquisition offer put forth by Barrick recognized the value and potential of the company, and presented an attractive deal for the company’s shareholders.

Peter Tomsett, Equinox chairman, said “The board, in conjunction with our financial and legal advisors, has made a thorough assessment of the options available to us, and determined that the value and certainty offered by this transaction is an excellent opportunity for our shareholders to realise significant value.”

With Barrick having offered $C8.15 per share for acquiring Equinox, the Canadian gold miner’s bid figured about  16% higher than Minmetals’ proposal. The Chinese miner’s $C7 per share offer for Equinox had been dismissed earlier this month by the Australian copper-miner, with Equinox’s management calling this offer “opportunistic” and “lowball”.

Given the current steady increase in price being witnessed by copper, Craig Williams, CEO of Equinox said that taking up Barrick’s $7.1 billion offer would allow shareholders the opportunity to cash in their holdings at a substantial premium.

Equinox, 70% stakeholder of the Jabal Sayid copper project in Saudi Arabia, also owns the Lumwana copper mine in Zambia. Acquiring Equinox would mean that Barrick would be able to double their volume of copper production.

Involving a $C250 million break fee, with the offer opening today for 35 days, this acquisition deal is subject to 66% acceptance rate, and still awaits government sanctions from all countries involved, i.e., Australia, Zambia and Canada. Terms of the deal also include Equinox having to give up its takeover bid for Canadian copper miner Lundin.

Minmetals Resources, one of China’s largest metals trading houses, was looking forward to becoming a global base metals trader through its acquisition of Equinox.

Having acquired majority shares of Australian company, Oz Minerals, in 2009 for A$1.7bn, Minmetals had been looking at expanding its position in the global metals mining sector.  Having to walk away from the Equinox deal came as a big blow to the Chinese miner, with the company’s shares falling by 13% in Hong Kong on Tuesday, following reports that Minmetals had withdrawn from the deal.

75% stake in Minmetals is owned by state-owned China Minmetals Corp.

Chinese state-owned companies have made quite a few moves in the recent past towards acquiring Australian mining companies that would allow China to expand its foothold and tap into Australia’s huge natural reserves. These moves by Asia’s largest economy have sparked off intense debate in Australia regarding the long-term implications of Chinese state-owned companies increasing their stakes in the country’s resources.

While this sentiment could have played an important role in Equinox rejecting Minmetals’ offer earlier this month, some market analysts feel that the Chinese miner might have been successful had they upped their offer.

However, any possibility of Minmetals offering a higher price for Equinox was ruled out by Andrew Michelmore, when the Chinese mining company’s CEO said that the offer made by Barrick was higher than Minmetals most optimistic assessment of the value of Equinox.