Equinor oil and gas company of Norway announced 30 percent job cuts in the coming 3 years as oil prices again dip and it faced a labor strike at its largest oil field.

Equinor, the Norwegian state-owned oil and gas firm, plans to cut 30 percent of its exploration staff by 2023 globally due to the low demand for petroleum in this pandemic year.

Equinox’s planned job cuts will affect hundreds globally. Equinor employees numbered 21,000 at the end of 2019, and said it will offer severance packages in some locations, while in Norway people will be moved to different locations or positions and some reduction will result out of natural attrition.

The job cuts will not affect Equinor’s exploration plans, spokesman Erik Haaland said in an email to Reuters.

Equinor said that from now onwards they will be restricting their oil exploration to Norway, Brazil and the United States, as its exploration spending had fallen by about a third from 6-7 years ago. 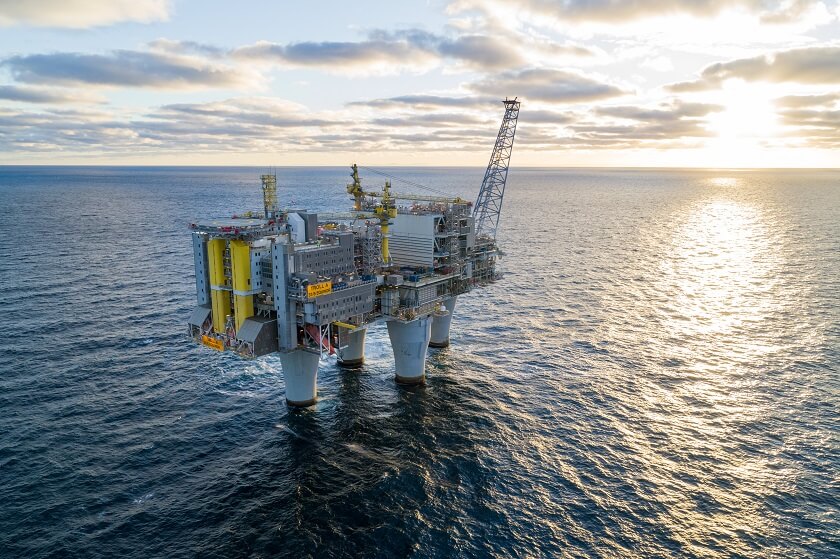 Equinor earlier announced its exploration spending will be reduced from the planned $1.4 billion to $1.1 billion for this year. (Equinor’s Troll Gas Field; Credit: Equinor)

The company earlier said its exploration spending will be reduced from the planned $1.4 billion to $1.1 billion for this year.

The state-owned company had previously indicated that it planned job cuts in the United States, Canada and Britain to adjust to the fall in oil prices.

Though, oil prices have shown a marked improvement from March after the new OPEC+ agreements but have again fallen due to the pandemic showing no signs of abating.

The Norwegian firm is also facing labor disputes at the Johan Sverdrup oilfield, western Europe’s largest and there are indications that this unrest may spread to other locations too. There are wage disagreements between the management and the labor union.

“Production (at Johan Sverdrup) continues as normal for the present, as the assessment is that the field can be operated safely,” Equinor said in a statement.

“Project activities are reduced due to the strike,” it added without providing further detail.

“Sooner or later it (the Sverdrup field) will have to be shut down if the strike continues,” Lederne union chief Audun Ingvartsen told Reuters.

The union was negotiating on behalf of about 1,000 oil workers, according to Norway’s government-appointed wage mediator.

Sverdrup’s technical production capacity was increased in April from an original 440,000 bpd. The government wanted to bring down the capacity 415,000 bpd to meet the OPEC requirements.

The NOG said the labor union was asking for a pay rise larger than the other two trade unions, Industri Energi and Safe, who said they will not strike after reaching a deal with employers.

But Lederne Union denied the claim and said they wanted the contracts to reflect the changed work practices.