Epic fall! Google Maps lost in the US during 2013 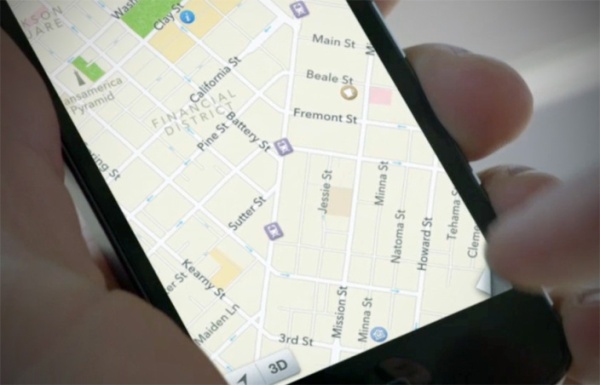 After Google had embraced victory when Apple suffered a disaster over maps last year, figures have shown that the great internet searching emporium might have lost at the end: Apple’s maps have turned out to be a sensation among iPhone and iPad users in the US after all. Nowadays, Google Maps for iOS has lost around 23 million users on the iPhone platform, which is around 74 percent. This is a huge fall against the 31 million iPhone users in April 2012, according to ComScore, a market research company that produced the figures from its regular polls of thousands of users. Perhaps, now they are regretting their past decisions, sometimes in order to win you have to lose.

The bond between Google and Apple was broken in June 2012, when the latter became frustrated by Google’s refusal to provide its voice-driven turn-by-turn map navigation, a feature only available on Google’s own Android, and which is tremendously useful for car drivers. Furthermore, Google wanted to gather more data from Apple users through their maps, such as it’s held off offering vector graphics (which enable the device to store information more efficiently and can work offline) and Latitude product. That hastened Apple’s decision to develop its own navigation system and let Google go.

However, the introduction of Apple’s maps in September 2012 was a public fiasco and chief executive Tim Cook had to make a public apology and urged people to download alternative maps apps, even though Google did not have one available for iPhone at the time. When Google Maps for iOS became available in December 2012, it hit the top of the download charts, with 10 million downloads in only 48 hours.

The big decision paid at the end

Despite its initial failure, Apple continued improving its navigation system which, according to ComScor, has resulted in 35 million iPhone owners in the US using their platform during September 2013, in contrast to a total of 58.7 million users of Google Maps across the iPhone and Android devices. From the latter, only 8.3 million are iPhone users, from which 2 million are forced to use the Google platform for they have not or cannot upgrate to iOS 6 and use Apple’s navigation system. A trick behind Apple’s maps popularity is related to how iPhones operate. Apple’s maps are the default platform for any map or driving directions-related search on iOS and above. ComScore’s data suggests that few iPhone owners take the trouble to use Google Maps for iOS.

“Google has lost access to a very, very important data channel in the North American market. Apple was adamant that it wasn’t going to give up on doing its own maps, even when it had problems. This is a war of attrition,” commented Ben Wood, mobile analyst for CCS Insight, a research company based in London.

Laura Gomez
« Be ready to make a call from your mobile up in the air!
Is ranking employees truly beneficial? »
Leave a Comment
Close