Most Sustainable Innovations of 2015

The U.S. Environmental Protection Agency (EPA) on Monday has finalized the new Tier 3 vehicle emission standards for cars and gasoline that the agency claims will significantly reduce harmful pollution, improve public health and prevent thousands of premature deaths and illnesses and create a cleaner environment, all by reducing the amount of sulfur that’s released into the air. 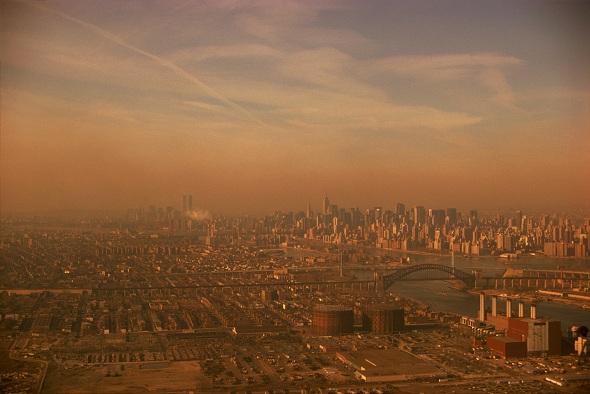 Current regulations already allow sulfur in gasoline in quantities up to 30 parts per million (ppm) but the new regulations would compel oil companies to further reduce the chemical’s presence in oil and gas products to 10 parts per million. Sulfur is a normal part of gasoline’s chemical makeup. When vehicles burn gasoline, they emit sulfur, along with a host of other pollutants linked to lung disease, asthma, emphysema, chronic bronchitis, aggravated heart disease and premature births and deaths and engines need to be designed to burn off the element. This raises the cost of automobiles due to which there is a loss of fuel efficiency. The exhaust systems impairs faster with sulfur than they would under the new regulations.

The new rules take effect in 2017. The E.P.A. estimates that the new standards will significantly abate soot and smog in the U.S, and thus low rates of diseases linked with those pollutants. The cost of both gasoline and cars will slightly increase and the price of gasoline will go up by two-thirds of one cent per gallon and will cost automakers about $75 per vehicle. The new regulation will require oil refiners to induct a costly new equipment to clean sulfur out of gasoline and compel automakers to install new, cleaner-burning engine technology.

Oil refiners have opposed the move, which will cost their industry $10 billion and increase gasoline price by up to 9 cents per gallon. Corporations will have to invest an additional $2.4 billion a year to comply with the new law, according to American Petroleum Institute President Jack Gerard.

The Environmental Protection Agency (EPA) estimates that by 2030, the total health-related benefits  will be between $6.7 and $19 billion annually. The agency estimates that the new rule will prevent 2,000 premature deaths, 50,000 cases of respiratory ailments in children, 19,000 asthma attacks, 2,200 hospital admissions and 1.4 million lost work days, school days and even the days when activities would be limited due to air pollution. The estimated costs could total $3.4 billion in the next 16 years, but health savings of $23 billion is predicted over the same period of time.

Anna Domanska
Anna Domanska is an Industry Leaders Magazine author possessing wide-range of knowledge for Business News. She is an avid reader and writer of Business and CEO Magazines and a rigorous follower of Business Leaders.
« BBM’s Next Update to Add Several New and Exciting Features!
Skype For Outlook Is Finally Available Worldwide »
Leave a Comment
Close