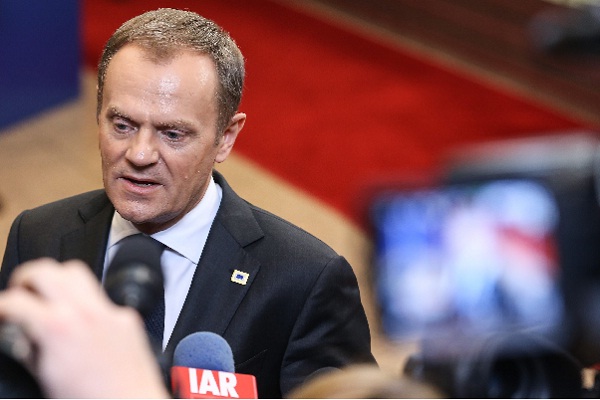 Donald Tusk – the originator of an energy union

Energy dependence is nothing new. But the fact is that the results of it we can fully observe nowadays, just to mention the ongoing political and military struggle in Ukraine. Saying that Russia is fully responsible for the energy dependence of several countries such as Ukraine, Poland, Bulgaria and others is inappropriate at least. The governments of those countries should be held accountable for this neuralgic situation. Since 1989, when the first half-democratic elections were held in Poland after 1939 and the Berlin wall fell, countless governments of the former Soviet Bloc countries have done nothing to change their dependence on Russian gas. Most of measures which were aimed at changing that tragic and unwise situation stayed on paper, and were simply pipe dreams.

But recently something has changed. The political and economic situation in Ukraine has made some governments think. Surely, Poland has seen its own chance to initiate a new level of cooperation among European countries. Thus, the idea of an energy union presented by Polish prime minister Donald Tusk echoed the dramatic rise in gas prices introduced by Russia which aimed at destabilizing further the situation in Ukraine. Indeed, Russian President Vladimir Putin uses gas prices as a weapon in bilateral relations with European countries, especially those of the former Soviet Bloc. Earlier the Western European governments did not understand fully how Vladimir Putin acts and some of them presented him as a democrat. But after all, this idealized picture of him has been shattered.

It seems logical to create an energy union which would be an answer to the dominating position of Russia in the European energy market as 10 of the EU’s 28 members are largely dependent on gas from Gazprom which is the Russian state-controlled gas company. Without a doubt, this dependence on Russian gas has showed how Ukraine is weak and how Russia can dictate terms. European Union has showed nothing but empty words in terms of Ukraine, and Russia again has felt its power. Poland wants nothing but the unified front not only in terms of possibility of military aggression but also in terms of gas / energy dependence. And what it is surprising is that Polish politicians speak with one voice on the issue as they believe that European Union is going to be weak as long as dependence on Russian energy continues. Therefore Polish politicians highlight that the introduction of strengthened transparency in bilateral energy contracts should be applied. In addition, Polish prime minister Donald Tusk believes that the European Union should encourage its members to create foundations for tight cooperation on all aspects of energy policy.

This, however, might not be possible in the near future as the recent elections to the European Parliament showed that the nationalistic tendencies strengthened throughout the EU. Certainly, Poland has some allies in  its attempts to initiate a new opening in energy policy, also towards Russia. Yet not surprisingly, those allies are simply countries from the former Soviet Bloc as  they better understand the threat from energy dependence and the Russia’s way of playing the game.

In addition, leaving the idea of an energy union aside, we should yet highlight that Poland is not only focused on creating a new European body, but also on diversifying its own energy resources and expanding its storage capacity, etc. But also other Central European countries take these measures as well. However, those measures are still in the early stages of development, thus few of governments of fairly new EU members appear to be advocates of the plan of an energy union, just to mention Latvian Prime Minister Laimdota Straujuma.

As it has been already stated, the unified front regarding an energy union is a result of the high Russian gas prices paid  by Central European countries, for example, Poland and Bulgaria pay as much as $500 per 1,000 meters, compared to approximately $370 paid by Germany or around $315 paid by the Great Britain.  Analysts underline that because of the fact that Western European countries pay less for Russian gas than Eastern ones, they are not interested in forming an international body which would be responsible for negotiating a single gas price for all EU members.

This in itself is quite understandable since  countries which pay higher prices for Russian gas are more interested in creating an energy union as it would negotiate gas contracts with Russia ( state-controlled Gazprom) as a single body, as opposed to the present negotiations conducted by each country. But that idea is not widely supported by the old EU crew.  One of the opponents of an energy union is Guenther Oettinger, the European commissioner for energy, who strongly believes that EU members should instead focus on improving energy security.

Without a doubt, this fragmentation within the European Union is music to Russia’s ears. The absence of unanimity regarding the Ukraine crisis and idea of an energy union fosters the Russia’s position. Thus statements of Russian leaders are not surprising. Also Gazprom Deputy CEO Aleksander Medvedev is a big opponent to the idea of an energy union as it is economically irrational in his opinion.

Anna Domanska
Anna Domanska is an Industry Leaders Magazine author possessing wide-range of knowledge for Business News. She is an avid reader and writer of Business and CEO Magazines and a rigorous follower of Business Leaders.
« Google Will Soon Offer Its Own Domain Registration Service
UK Hoists the Sails for World’s Largest Offshore Wind Farm »
Leave a Comment
Close