Energy companies as a new target of Chinese expansion 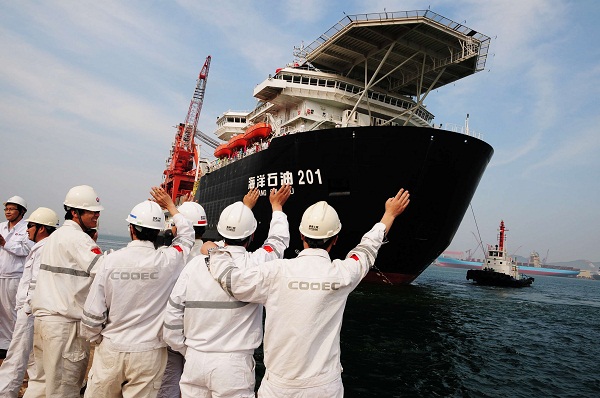 Energy companies are new targets of Chinese economic expansion. Chinese oil producers, which are state-controlled, are interested in investing in financially struggling energy companies and projects; at the same time they have been opening up oil production that might not occur otherwise. Last week the China NOOC Ltd. announced its plan of buying one of the largest Canadian oil producers, Nexen Inc., for $15.1 billion.

Since 2009 Chinese companies completed overseas oil-and-gas- deals for more than $50 billion, according to the data. In the $50 billion amount are not included dollars in loan-for-oil programs in countries such as Venezuela, Kazakhstan, Brazil, etc. However the acquisition of the Nexen had to pass a few obstacles in Washington and Ottawa.

The scale of the Chinese investment is enormous. For example if the Nexen’s output was included in the output of foreign production of all Chinese major companies, it would be approximately at the same level as the Norwegian output. It has to be underlined that Norway is the world’s No. 15 crude-oil producer.

Currently Nexen is in difficult position. Nexen’s Chief Executive Marvin Romanow resigned In January, when all around the world companies were struck by production-related setbacks. The Nexen’s Long Lake oil-sand project in Canada was sharply affected by those ongoing at the time complications.

But the potential acquisition of the Nexen is not the only one Chinese investment in North America. China Petrochemical Corp. has recently invested $2.5 billion in five U.S. shale blocks owned by Oklahoma-based Devon Energy Corp. Sinopec, another Chinese company, is the owner of 33 percent stake in the blocks, however it funded about 80 percent of the exploration activity.

Chinese companies, what follows Chinese capital, helped increase the output of existing projects. In 2009 Addax, a Geneva-based company, needed $7.2 billion to be on track again. Sinopec, which invested then, informed that its Addax Petroleum unit, increased crude-oil output to 8.4 million metric tons from 6.8 tons in 2009.

The U.S. opposition to Nexen

There are some voices that the U.S. government should block a bid by China NOOC for the U.S. assets of Nexen unless the merged company agrees to pay royalties on all oil drilled offshore. The U.S. government has a right to examine sensitive foreign investments regarding American assets such as energy. In addition, it has power to not only to block deals but also to require modifications in them, e.g. divestitures. Two leases, issued under the 1995 Deep Water Royalty Relief Act, are held by Nexen.

And even though some members of Congress have vowed to block the Nexen deal, the U.S. government will not be able to do it. However the U.S government will have a power to force China NOOC to divest Gulf of Mexico assets in U.S. waters that seem to be a “critical component” of company’s strategy. This action, however, is unlikely.

Chinese impact on the market

In analysts’ opinion Chinese investments in the energy companies have helped to keep energy prices as low as it is possible, even though the energy demand from China and other developing countries is still increasing. In addition, Chinese companies invested in regions where few firm had decided to invest in.

According to data released by the International Energy Agency, the world’s oil-supply will keep pace with demand in 2013 due to new supplies form Brazil’s Campos and Santos basins, U.S. shale oil and Canadian oil sands. In all of abovementioned supplies China is involved.

The government of China wants to reduce its independence on the Middle East and because of that it encourages Chinese companies to invest more abroad. Domestic oil and gas production is slowing down and it will take years to develop a new technology for such supplies as shale gas in Western China and deep-water reserves in the South China Sea.