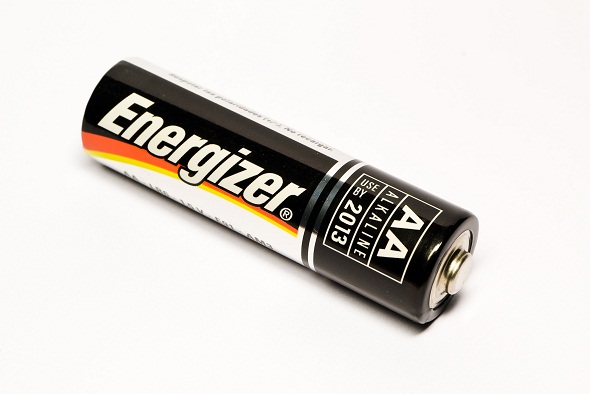 Energizer is hoping that more recycling plants will process them and by 2025.

“Industry experts long believed it was impossible to create a battery made with recycled batteries while maintaining performance,” said Michelle Atkinson, vice president and chief marketing officer for Energizer’s Household Products division. “Our scientists welcomed the challenge and spent the past seven years creating just that – Energizer EcoAdvanced –our highest performing alkaline battery and the world’s first AA battery made with four percent recycled battery material.”

Energizer EcoAdvancedis the company’s highest performing alkaline battery and powers most crucial devices while creating little impact on the planet.

According to reports, materials such as zinc and manganese are re-used in these alkaline batteries, and it took Energizer almost seven years to figure out how to use them in a way that provided strong performance.

And since there’s a market for recycled batteries, Energizer is currently working with recyclers in Europe and North America to expand recycling capability. The company is hoping that more recycling plants will process them and by 2025, 40 percent of the battery will be made with recycled content. Energizer also plans to eventually include other battery sizes.

“Today we are introducing a high-performance AA battery made with four percent recycled batteries,” said Atkinson. “Our future innovations will continue to reduce the impact Energizer batteries have on the planet. Our vision for Energizer EcoAdvanced is to increase the amount of recycled battery material ten-fold to 40 percent by 2025.”

The Energizer EcoAdvanced will be rolled out nationwide this week and internationally later in the year. An ad campaign featuring the Energizer Bunny is also planned.

Michelle M. Atkinson said the new battery will last much longer than any alkaline battery produced by the company, and can be used and recharged several hundreds of times. They tend to cost 25 to 30 percent more than standard batteries but could save a lot of money in the long run as consumers will not need to replace them frequently.

The company is committed to reducing environmental impact by creating less waste and working towards a future where recycling is more broadly available. Energizer EcoAdvanced is the first step in creating value for recycled battery material, which until now has had little or no economic value.