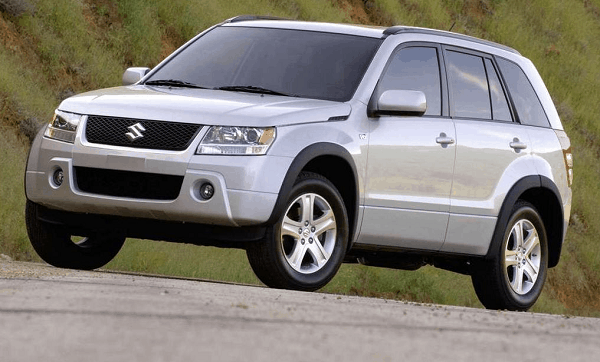 This is the end of Suzuki’s American dream. American Suzuki Motor Corp. informed that it would file for Chapter 11 bankruptcy protection. In addition, American arm of Japan’s Suzuki Motor Corp. will shut down its unprofitable automobile business in the United States as demand for its cars has been decreasing.  From now on the company intends to focus on motorcycle, ATV and marine boat sales in the U.S. market.

American Suzuki Motor Corp., the based-Brea company, has been the only distributor in the United States of vehicles produced by Suzuki Motor Corp., which happens to be the Japan’s fourth-biggest carmaker. In a statement American arm of Japan’s Suzuki Motor Corp. stated that it would file for Chapter 11 bankruptcy protection with approximately $346 million in debt. As much as $173 million of that debt is owed to Suzuki’s subsidiaries.

As for reasons of the exit from the American automobile market in the United States, American Suzuki Motor Corp. stated it would not be able to maintain the profitability in its business. The American arm of the Japan’s carmaker cited that poor U.S. sales of Suzuki’s cars, unfavorable exchange rates, high costs as well as competition from other brands resulted in the decision to exit the U.S. market.

The company, which started selling cars in the United Stated in 1985, has seen very poor sales of its cars since the beginning of the year. According to compiled data, American Suzuki Motor Corp. sold only 21,188 cars and trucks from January through October. It was one the worst performances by non-luxury carmakers. In addition, U.S. sales of Suzuki’s car saw an almost 5 percent slump compared with the same period last year, despite the fact that the whole U.S. market increased by as much as 14 percent. Data showed that the American arm of Suzuki Motor Corp. had only about 0.2 percent share of the U.S. market.

Jessica Caldwell, a senior analyst with Edmunds.com, stated that the decision of American Suzuki Motor Corp., which is best known for  the Samurai sport-utility and the Swift compact car, should not be a surprise, adding: “The company has had low margins, low-priced cars, and small volume, which is far from the ideal combination. And unlike with exotic or luxury brands, it’s nearly impossible over the long term to sustain a brand on such little volume when you don’t have a healthy margin.”

Company’s officials have, however, ensured that American Suzuki Motor Corp. has enough ready money to operate during the announced restructuring and all car warranties as well as buyback agreements will be honored.

Suzuki to focus on motorcycles

The restructuring will also affect Suzuki motorcycles, all-terrain vehicles and marine outboard engines as the company decided to focus on Motorcycles/ATV and Marine divisions of Suzuki. As it was highlighted in the statement, American Suzuki Motor Corp. intended to go back to the company’s bright beginning of doing business in the United States which started with selling motorcycles.

Suzuki is waiting for its American dream to come true.

Anna Domanska
Anna Domanska is an Industry Leaders Magazine author possessing wide-range of knowledge for Business News. She is an avid reader and writer of Business and CEO Magazines and a rigorous follower of Business Leaders.
« Symantec and PayPal hit by an Anonymous hacking spree
UK female executives earn over £400,000 less as gender pay gap shows no sign of closing »
Leave a Comment
Close