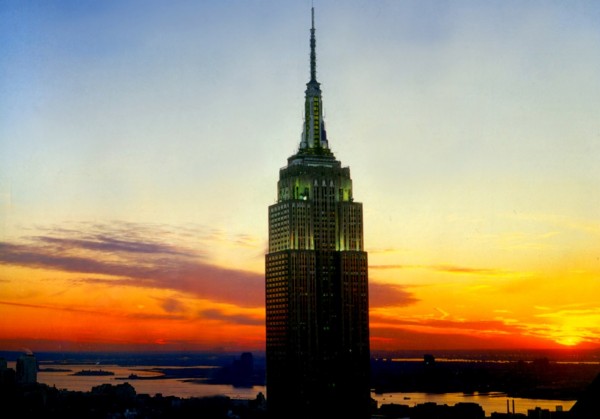 You might soon get a chance to grab a piece of Empire State Building, the art deco-style, 102-story skyscraper at the corner of 34th Street and Fifth Avenue in Manhattan. The company that controls the Empire State Building is planning an initial public offering that could raise as much as $1 billion.

The Malkin family, which owns the art deco-style building, will group the 102-story limestone skyscraper and 11 other New York-area properties into a real estate investment trust that will trade on the New York Stock Exchange under the ESB symbol, as reported in several business magazines.

This possibly means that though you cannot afford to buy a home, you definitely can buy a stake in perhaps the nation’s most idol office building. At least until the government sells shares in the Pentagon.

Well, the Empire State Building IPO is certainly a rarity as most real estate ventures, especially those in New York, are traditionally kept private. Throughout the U.S., roughly 90 percent of all real estate is private, business news say. The notable exception: shopping malls.

What Would The Art Deco-Style IPO Offer

The IPO offering would give investors ownership of one of the world’s most famous buildings and other Midtown properties as New York’s real estate values rebound after the recession. Midtown Manhattan office values have gained 87 percent since a mid-2009 trough, according to Green Street Advisors Inc’s statement given to a construction magazine. Green Street Advisors Inc is a REIT research firm in Newport Beach, California.

The planned Empire State Building IPO comes after near about 10 years since the real estate investor Peter Malkin bought the 102-story Art Deco landmark from Donald Trump and a business partner for $57.5 million.

While the tower’s Art Deco styling has been a fixture in the New York skyline, the building has been a less-than-stellar performer for investors. For years, the Empire State Building underperformed because of friction and litigation between parties in a complex chain of ownership. The landlord, Donald Trump’s organization for a time, leased the entire building to a venture controlled by Peter Malkin and Lawrence Wien, which then subleased it to a Helmsley partnership.

Thousands of tourists who visit New York ascend its heights to stare over the city from its observation deck. Yes, everyone knows of the famous observation deck featured in films such as ‘Sleepless in Seattle.’ It was 1933’s King Kong also showed a giant ape clutching Fay Wray and fending off airplanes atop the tower.

In its authoritarian filing, Empire State Realty Trust Inc. didn’t declare the number of shares that might be involved in the IPO or the prices they might fetch. The $1 billion figure isn’t final, either. It’s subject to investor demand. But by going public, Empire State Building will be able to strike the equity markets for capital, something that the real estate investment trusts have had a lot of success doing, even in a shaky economy. Marcus & Millichap’s index of REITs has doubled since the bottom of the recession.