Elon Musk’s SpaceX is closer to getting internet broadband connection off the ground as they plan to launch Falcon 9 on February 17. The long-awaited satellite-based internet service test is taking off a week after the company successfully launched its Falcon Heavy rocket.

Earlier in 2017, SpaceX revealed plans to launch about 4,420 small satellites into Earth’s low-orbit to provide satellite-based internet access around the world, a service that will take care of all barriers to making a broadband connection and deliver internet at a low-cost. The project which would be deployed fully in 2024 will earn its first demonstration on Saturday, based on the agreement between Space X and the Federal Communications Commission (FCC). “The low-orbit position could deliver broadband speeds equal to current speeds from traditional Net providers,” says SpaceX.

SpaceX’s satellite-based internet is proposed to be a solution to digital gaps in the U.S. according to the FCC chairman. In his statement on Wednesday, Pai says, “Satellite technology can help reach Americans who live in rural or hard-to-serve places where fibre optic cables and cell towers do not reach, and it can offer more competition where terrestrial Internet access is already available.” 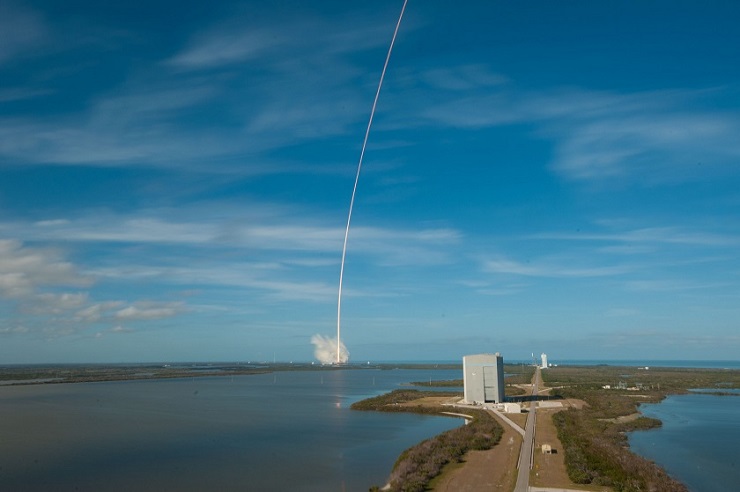 According to the USAToday, SpaceX plans to use revenue generated from the satellite broadband service to fund “Musk’s vision of sending missions to and inhabiting Mars.” The company is proposing having at least 40 million subscribers to its satellite-based internet service when the project is completed. From which they hope to generate revenue worth more than $30 billion by 2025, a year after full deployment of the service.

However, Pai’s proposal to fellow commissioners for the project’s approval is still pending, though the proposal is expected to sail through. “I have asked my colleagues to join me in supporting this application and moving to unleash the power of satellite constellations to provide high-speed Internet to rural Americans,” Pai said. “If adopted, it would be the first approval given to an American-based company to provide broadband services using a new generation of low-Earth orbit satellite technologies.”

SpaceX gained a license from the FCC to launch this test in November. And Musk’s company describes the test objectives in its application: “In addition to proving out the development of the satellite bus and related subsystems, the test program for the Microsat-2a and -2b spacecraft will also validate the design of a phased array broadband antenna communications platform.”

The launching is scheduled on Saturday 17, at 6:17 a.m. PDT., according to a report from Vandenberg.

Anna Domanska
Anna Domanska is an Industry Leaders Magazine author possessing wide-range of knowledge for Business News. She is an avid reader and writer of Business and CEO Magazines and a rigorous follower of Business Leaders.
« The Tallest Timber Building to Unveil in Newark
The Famous History of Microsoft’s Antitrust Case »
Leave a Comment
Close