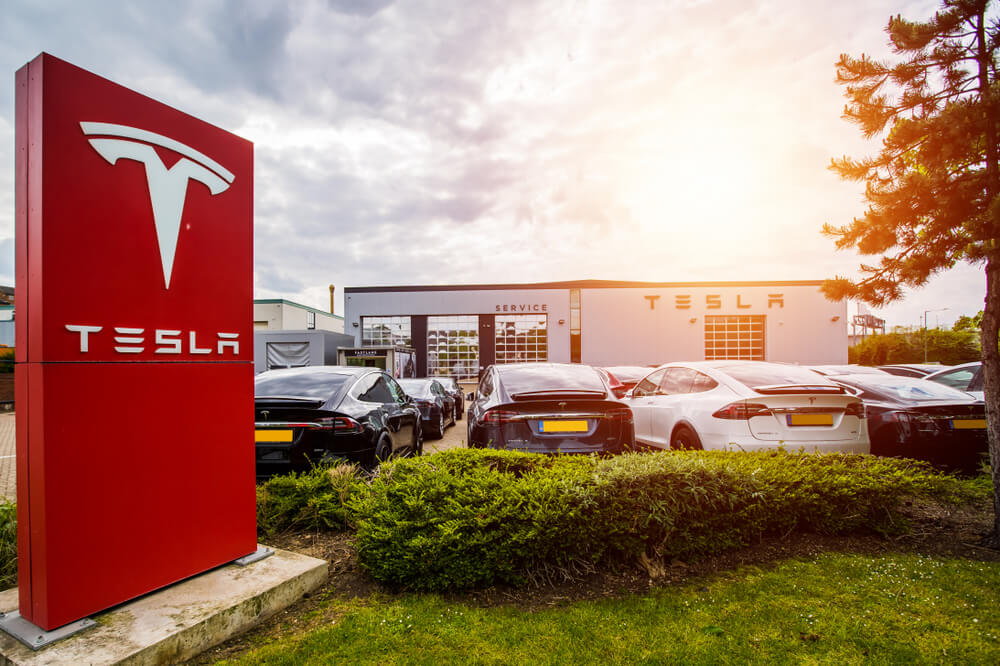 Elon Musk, the CEO of Tesla, has reopened the Fremont-based factory in Alameda County, California, going against the state-imposed lockdown. This followed a spate of tweets by Elon Musk objecting to the stay-at-home orders to curb the spread of the Covid-19 coronavirus. In a tweet on Monday, Musk said he would be at the factory, “on the line with everyone else.”

“If anyone is arrested, he tweeted, “I ask that it only be me.”

Tesla is restarting production today against Alameda County rules. I will be on the line with everyone else. If anyone is arrested, I ask that it only be me.

And it seems the Fremont county officials have taken cognizance and have worked out a deal and protocol for allowing the factory to reopen, according to the latest reports.

Health authorities in Alameda County, confirmed late Tuesday, May 12, that Tesla was on track for a full reopening shortly. Elon Musk threatened to shift the factory out of California to Nevada if his demand for restarting the facility was not met.

Musk has argued that the restrictions and orders on closing non-essential businesses for so long are unconstitutional and unnecessarily aggressive. The company went so far as to file a federal lawsuit against the county last week.

In response, county officials agreed to come up with a suitable plan to help reopen the plant as soon as possible.

“We continue to move closer to an agreed-upon safety plan for reopening beyond Minimum Basic Operations by working through steps that Tesla has agreed to adopt,” the Alameda County Public Health Department said in a statement. “These steps include improving employee health screening procedures and engaging front-line staff on their concerns and feedback regarding safety protocols.”

In a press release, Alameda County health officials said they had reviewed Tesla’s safety plan for Fremont and had made additional safety suggestions.

“If the public health indicators remain stable or improve, we have agreed that Tesla can begin to augment their Minimum Business Operations this week in preparation for possible reopening as soon as next week.”

The Trump administration is also chomping at the bit against the strict lockdown being imposed by some of the states across the US. President Trump and his administration want the economy to restart soon so that people can return to work and everyday economic activities can resume, saving the nation some hard times to come in the future.

Treasury Secretary Steven Mnuchin, talking in favor of Musk, said in an interview to CNBC that it was time to reopen the economy. ”He’s one of the biggest employers and manufacturers in California, and California should prioritize doing whatever they need to do to solve those health issues so that he can open quickly or they’re going to find, as he’s threatened, he’s moving his production to a different state,” he said.

The Governor of California Gavin Newsom said that it was the discretion of county officials to allow a resumption of services, and each county is reopening according to conditions on the ground.

Garrett Nelson, a CRFA analyst, told MarketWatch that moving Tesla out of California “would have been quite detrimental to state and local tax revenue, but perhaps even more detrimental to the reputation of the state and county as places to conduct business going forward given the massive attention surrounding the situation.”

He was also of the opinion that any future growth that Tesla undertakes will be in more open states like Texas and Nevada.

The stock market is also waiting to see how soon the Tesla factory gets operational and at what capacity. Tesla shares have held their own and even gained slightly compared to the automobile stock showings. The stock has gained 94 percent this year compared to a loss of 11 percent for the S&P index.

Tesla is confident of delivering its promised 500,000 vehicles this year, despite the interruptions in production. In a first-quarter earnings report, the company said that it has the capacity installed to deliver half a million vehicles this year in spite of the production hiccups.

But analysts are skeptical of this claim as the Fremont factory has been non-functional for almost 60 days, and it supplies 70 percent of the total production capacity.

Analyst Bill Selesky of Argus Research is of the opinion that it will be “extremely difficult if not impossible” for Tesla to hit the sales target of 500,000. “Our estimate is 409,000 units and we believe that’s a huge stretch.”

Anna Domanska
Anna Domanska is an Industry Leaders Magazine author possessing wide-range of knowledge for Business News. She is an avid reader and writer of Business and CEO Magazines and a rigorous follower of Business Leaders.
« Facebook to Pay $52 Million to Content Moderators
NVIDIA announces Ampere GPU for AI and Data Centers »
Leave a Comment
Close