Tesla and SpaceX CEO Elon Musk on Sunday announced that the superfast LA underground “loop” being built by his Boring Company is almost completed. And the general public could get a chance for a test ride on the high-speed underground shortcut as soon as December 11.

Musk, who revealed the information on Twitter by saying that the transit concept “is almost done,” announced that the first tunnel “opens Dec 10,” before the free rides through the tunnel at SpaceX headquarters in California.

The LA underground loop, which is deemed an ultimate hack for commuters, has been described as a platform that can transport a special vehicle around the traffic in Los Angeles at a top speed of 250 kph (155 mph). Musk said the Boring Company plans to develop a system of stations across the metro area of Los Angeles for the high-speed loop. He added that the inclusion of transit pods that can carry cyclists and pedestrians through the system would also fascinate him. Each passenger’s fare ticket would be $1, Musk said earlier this year. 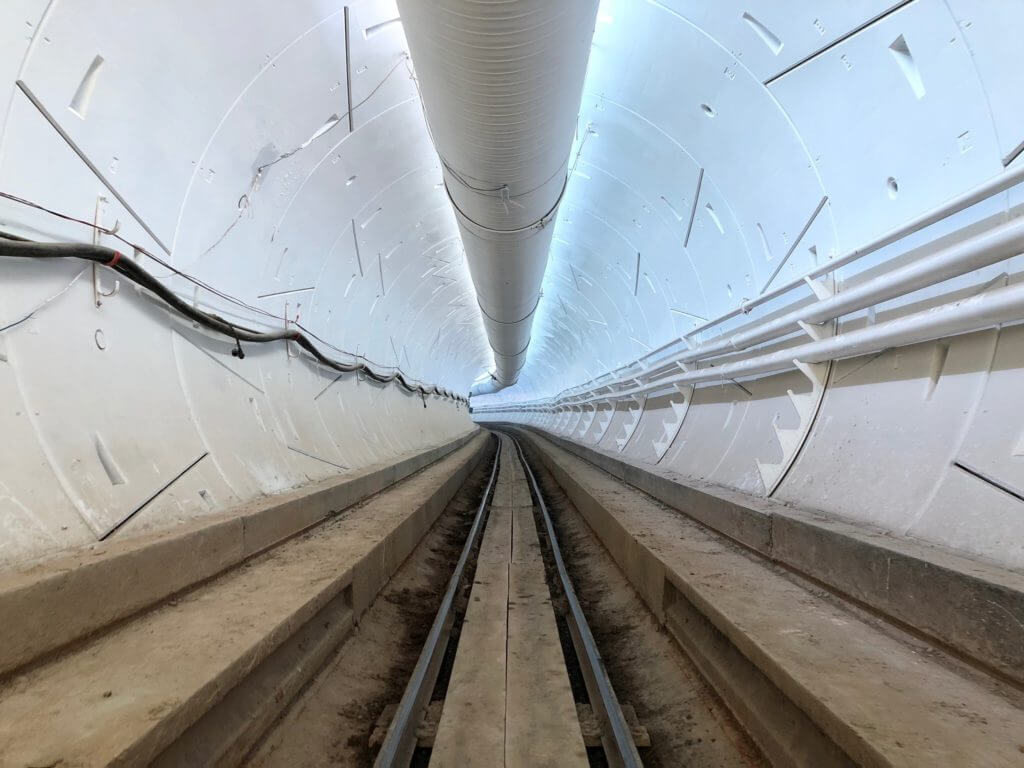 Musk’s Hyperloop concept is a little different from the normal loop. A train-like vehicle will be traveling inside a pressurized tube over longer distances at near supersonic speeds.

Earlier this year, the Boring Company also won a bid to build a high-speed train system in Chicago’s O’Hare International Airport, though none has experienced what it feels like to ride on transit loop designed by the company.

Musk’s reputation in missing his timelines has sparked insinuations the public could wait longer than he has announced. He replied “I think real” when someone on Twitter asked the CEO if the date (December 10) is “in real time or Elon time?”

Anna Domanska
Anna Domanska is an Industry Leaders Magazine author possessing wide-range of knowledge for Business News. She is an avid reader and writer of Business and CEO Magazines and a rigorous follower of Business Leaders.
« JPMorgan plans to open a new fintech campus in Silicon Valley
Thousands of Swedes are getting Microchip under Skin »
Leave a Comment
Close

Companies have raised over $400 billion in the first three weeks of 2021 as stimulus packages from governments and central banks have led to...
16 mins ago

Alphabet-company Google has announced $150 million to promote vaccine education and equitable distribution of the vaccine. It will also open...
1 hour ago