The Boring Company CEO Elon Musk on Tuesday night unveiled his vision of an underground transit venture tipped to alleviate traffics and revolutionize how millions of commuters travel around the cities. Musk took the wraps off by zipping through the high-speed tunnel system with a modified Tesla Model X SUV, just two years after the tech mogul vowed to “just start digging” as a remedy to traffic congestion in Los Angeles.

Musk believes that a high-speed tunnel network, which would whisk pedestrians and vehicles beneath the congested streets of Los Angeles, is an ultimate solution and the 2 miles (3.2 km) Hawthorn tunnel is the first step towards developing such network.

The Boring Company announced that the Hawthorne tunnel launch would be on a live stream on Tuesday at 04:00 GMT (8 p.m. local time), though it didn’t give enough information. The company’s website describes how “skates” that can carry cars and passengers would zip through the tunnels using electric power as soon as they are lowered underground. 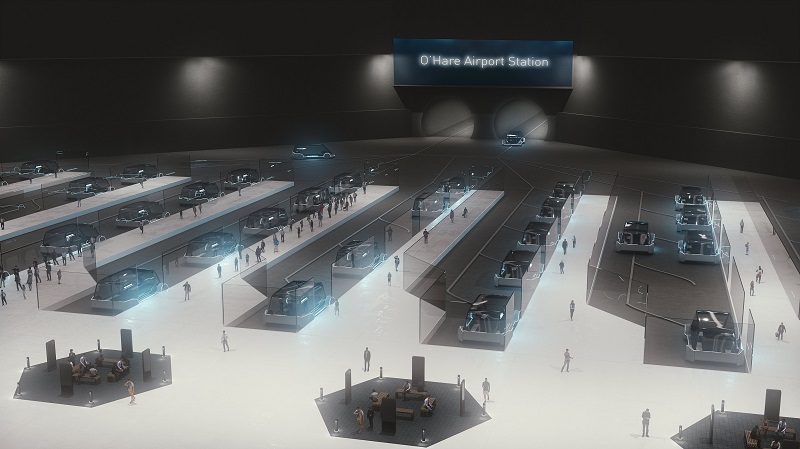 The Boring Company dig a tunnel in Chicago that will connect the city’s downtown and O’Hare International Airport; connect Washington and Baltimore; and build a one-way tunnel from Los Angeles Metro to Dodger Stadium which will be 3.6 miles long.

Elon Musk disclosed in a tweet earlier this month that “autonomous transport cars & ground to tunnel elevator cars,” would be included in the launch. The tech mogul, famously known as the CEO of electric car manufacturer Tesla before recently replaced following issues with the SEC, launched the Boring Company after complaining in December 2016 that congestion in Los Angeles was “driving me nuts.”

The Boring Company earlier this year, in May, released a preview of the first tunnel; video of a journey through the interior length of a cylindrical passageway measuring about 12 feet in diameter. The proof-of-concept tunnel didn’t include people or cars, according to reports by a special Hawthorne City Council in a meeting while reviewing the project in August 2017. 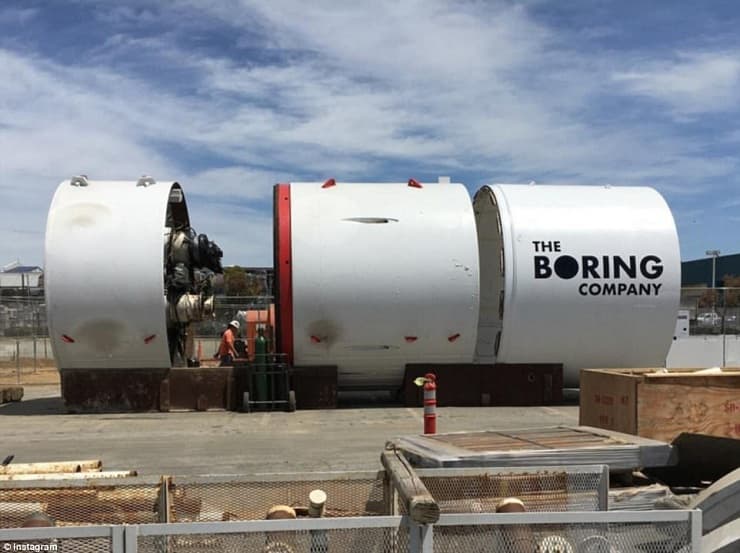 In June, the city of Chicago signed a deal with the Boring Company to develop a high-speed transit tunnel with a distance of 17 miles that will connect O’Hare Airport and the city’s downtown. After the deal was announced, Musk pictured the project would not take more than three years to complete and to reach a milestone within three months. But the project remains unapproved by the government and the regulatory groups.

The Boring Company’s first tunnel is not fully ready yet, though it has been launched. It still has bumpy surfaces which need to be smoothed out. Passengers in the Model X, the demonstration ride, feel the wheels bumping into walls of the track.

The Hawthorne tunnel will eventually connect with subsequent tunnels to be built in the future which are yet to be approved.

Plans to build a longer 2.7 miles tunnel that should run beneath West Los Angeles neighborhood was scrapped by the Boring Company in efforts to settle litigation brought by community groups that are against the project.

However, the company has announced it will continue with a proposed tunnel that will connect Dodger Stadium and LA downtown. The Boring Company has also proposed to build an East Coast Loop that will run from the suburbs of Maryland to Washington, D.C.

Audi has confirmed that there will be multiple variants of the etron, including “basic versions optimized for minimum consumption and maximum range.
3 hours ago

Royal Dutch Shell commences share buybacks before the end of this year while reducing its first quarter dividend to 16 cents per share, a 66% cut.
4 hours ago