Tweeting from his personal Twitter account, the billionaire chief executive said the transportation portion of the 387-foot rocket, also known as the BFR, will now be called Starship, while the booster portion will be called Super Heavy.

Plans for Starship were officially kicked in back in September. The company hopes it will someday replace the existing Falcon 9, Falcon Heavy, and Dragon rockets. Starship is currently being developed at the Port of Los Angeles, at a whopping cost of $5 billion and will be capable of taking up to 100 tons of cargo or 100 passengers to Mars. 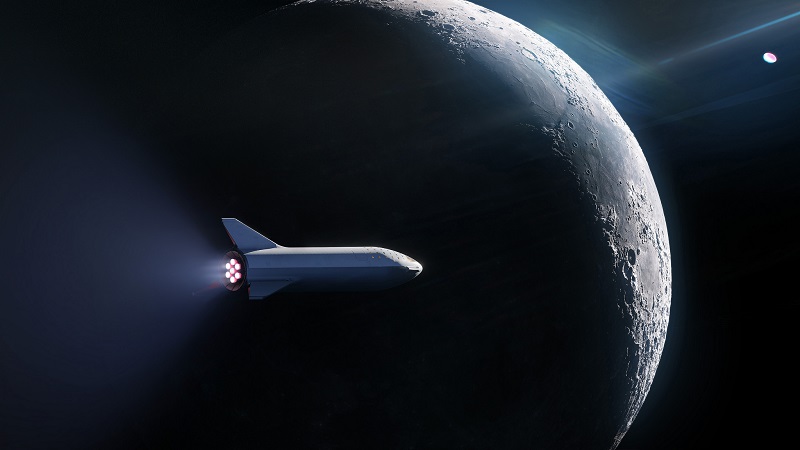 Starship is the rocket’s fourth name – it started out as Mars Colonial Transporter (MCT), then became Interplanetary Transport System (ITS) before becoming Big Falcon Rocket.

It will take people into space on commercial flights around the Moon. Japanese billionaire Yusaku Maezawa has signed up to be the first passenger to travel on the ship. He will, however, not land on the planet but will travel on a ‘free return trajectory,’ which will bring Starship back to Earth.

So far, only 24 humans have set foot on the Moon – all of them Americans, out which 12 landed on the Moon.

A Twitter user pointed out that calling the BFR a Starship is technically inaccurate unless it’s sent to another star system. Musk quickly responded saying later version of the rocket will leave our star system. The closest to our sun is the Alpha Centauri system, which is 4.3 light years from Earth.

In his tweets, Musk did not reveal details of the new design for Starship. It is still in the early stages of development. According to the third design of the rocket, which Musk presented in September, Starship will have a 118-meter long two-stage reusable spaceship capable of carrying 100-metric ton payload to the Red Planet.

Anna Domanska
Anna Domanska is an Industry Leaders Magazine author possessing wide-range of knowledge for Business News. She is an avid reader and writer of Business and CEO Magazines and a rigorous follower of Business Leaders.
« The Boring Company Breaks Through The First Tunnel
Apple Acquires AI Startup Silk Labs »
Leave a Comment
Close