Tesla chief executive officer Elon Musk said late on Monday that the Tesla Model 3 braking issue, pointed out by Consumer Reports, can be fixed with a firmware update which they will be rolling out in a few days.

“With further refinement, we can improve braking distance beyond initial specs. Tesla won’t stop until Model 3 has better braking than any remotely comparable car,” Musk wrote in a tweet.

Very strange. Model 3 is designed to have super good stopping distance & others reviewers have confirmed this. If there is vehicle variability, we will figure it out & address. May just be a question of firmware tuning, in which case can be solved by an OTA software update.

U.S. magazine Consumer Reports said it will not recommend Tesla Model 3 as it braked slower than a full-sized pickup truck. The Model 3 braking flaw is more of a matter of braking inconsistency, instead of poor all-around braking performance. It should be noted that inconsistent Model 3 braking is not concerning. If there’s a part of a car that you want to be absolutely sure of, it’s the brakes. But Tesla Model 3 brake issue is still a matter of concern. 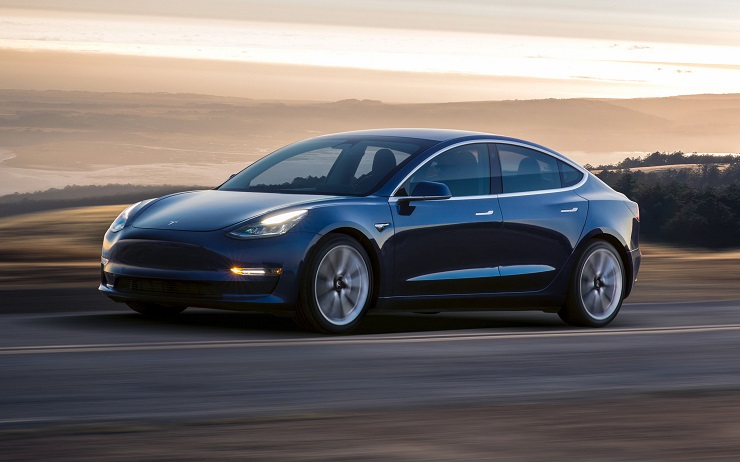 Electric car maker Tesla has been known to improve the performance of its vehicles even after the cars are delivered to owners. Last year, Tesla began rolling out an update for the Model S P100D that enabled the electric sedan to accelerate to 60 mph in 2.4 seconds. It was later found out during a test drive by Motor Trend magazine that the updated Model S P100D was faster than Tesla’s estimates. According to the magazine, there has been no vehicle that has broken that record.

Tesla Model 3 is designed to be an affordable sedan that can compete with the best in class luxury car models. The electric vehicle is going to be 15% faster than the BMW M3. The affordable electric sedan will come with all options except Autopilot will set back owners $78,000. It is in the same price class at the BMW M3, Audi RS5, and Mercedes-AMG C 63 S.

A company spokesperson told Consumer Reports that Tesla’s own testing found stopping distances from 0-60 mph were an average of 133-ft, with the same tires as Model 3. Tesla noted that stopping distance results are affected by variables such as weather conditions, road surface, tire temperature, brake conditioning, as well as past driving behavior.

Anna Domanska
Anna Domanska is an Industry Leaders Magazine author possessing wide-range of knowledge for Business News. She is an avid reader and writer of Business and CEO Magazines and a rigorous follower of Business Leaders.
« All About Jaguar’s Royal Concept Zero Electric Car We Saw At The Royal Wedding
Barclays Explores Merger with Standard Chartered to Thwart Activist Investor »
Leave a Comment
Close