John McAfee arrested for tax evasion and fraud in Spain 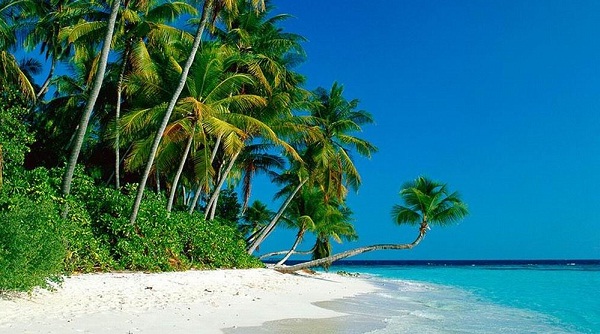 Tax havens are the comapnies and individuals' stronghold

A revelation released by Oxfam showed that the elimination of almost omnipresent tax evasion, which is these days one of the hottest topics, would lead to the end of world’s poverty. According to the findings issued by the international humanitarian organization, the world loses staggering £100 billion in tax revenues per year due to amassed money in tax havens. This astonishing amount would certainly help the world overcome the expanding problem of extreme poverty which touches more and more societies.

On the 22nd of May, Oxfam released its newest study indicating that lost tax revenue from money stashed in safe and comfortable tax havens would help the governments to eliminate expanding and omnipresent extreme poverty. This good cause could be achieved if tax evasion was eliminated.

Indeed, the findings are shocking as Oxfam underlined in its study that tax havens under the European Union jurisdiction amassed staggering $12 trillion. It may come as a shocking surprise that  the British Overseas Territories and Crown Dependencies play a major role in the shady operations as gathered money there amounted to astonishing $4 trillion (sic!) of the aforementioned sum. Commenting on the findings, Emma Seery, head of development finance and public services at Oxfam, underlined: “These figures put the UK at the centre of a global tax system that is a colossal betrayal of people here and in the poorest countries who are struggling to get by, and put the Government on the side of the privileged few.”

In addition, Oxfam highlighted that the problem of tax evasion had been taking place despite the ongoing debate over immoral tax practices employed by the global companies and rich individuals as governments could not decide to take more unhesitating steps.

Oxfam is surprised that European leaders are so indecisive when it comes to tax havens which are under their jurisdiction. The organization notes that the European leaders should give an example by taking steps aimed at solving the burning problem of tax evasion and tax havens.

In the study released also on the 22nd of May, Oxfam also strongly pointed out the lack of peremptory actions taken by the UK government. Indeed, there is a visibly schizophrenic approach to the problem of tax evasion and UK tax havens. The lack of decisive and unanimous measures has significantly reduced the meaning of the UK government approach, making the country’s authorities less reliable. The fact is that the government’s criticism over the tax evasion of  Starbucks Corp., Amazon Inc. and others, cannot by completely and logically explained when compared to the official approach to tax havens.

In the statement, the humanitarian organization, however, urged the European Union to take action and wind down the spreading phenomenon of tax evasion and tax havens as tax revenues might be used to improve the living conditions of the poorest. A blacklist of tax havens and introduction of painful sanctions are among remedies recommended by Oxfam.

Anna Domanska
Anna Domanska is an Industry Leaders Magazine author possessing wide-range of knowledge for Business News. She is an avid reader and writer of Business and CEO Magazines and a rigorous follower of Business Leaders.
« 5 Most Expensive Paintings in the World – Scream if you want
Bad days are gathering over China’s manufacturing in May »
Leave a Comment
Close

Citizens Financial Group, Inc. and Investors Bancorp announced today that they have entered into a definitive agreement and plan of merger in a cash-and-stock deal worth $3.5 billi
22 hours ago

Apple Q3 earnings prove the Cupertino giant remains unaffected by the Covid-19 pandemic as sales rise across all product lines.
24 hours ago