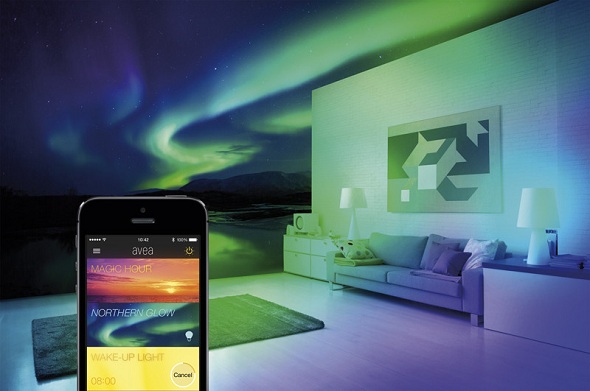 While the IFA 2014 is ramping up in Germany, EyeTV creator Elgato has become the latest company to reveal its new line up of smart home aspirations.

While the IFA 2014 is ramping up in Germany, EyeTV creator Elgato has become the latest company to reveal its new line up of smart home aspirations. The announcement encompasses three major new products: Eve, Avea, and Smart Power that work exclusively with iOS and will soon include Siri control.

First and foremost, there’s the Elgato Eve, a range of sensors that collects data on air quality, temperature, humidity, air pressure, energy and water consumption within the home. These sensors placed in the home are connected to an iPhone or iPad via Bluetooth and all the data is displayed in the Elgato Eve app. While the sensors will be fully compatible with Apple HomeKit, its release date is yet to be confirmed.

“The soon to be launched range of Eve sensors gathers data on air quality, temperature, humidity, air pressure, energy and water consumption in your home, this data is then configured and displayed in Elgato’s Eve app,” Elgato notes. “Users can gain insights that can help improve the comfort of their home, making their house a smarter place.”

During WWDC, Apple had announced HomeKit for iOS 8. The intention behind HomeKit is to consolidate and rationalize the management of home automation accessories. Once the launch is complete, HomeKit will enable iOS users to control a range of devices (from other manufacturers) including switches, doors, locks, lights, cameras, thermostats, plugs, and more from a single app. Siri will also be updated with new features that could be used to control homes with voice commands.

There’s also the Elgato Avea that can be bought individually, offers dynamic colours depending on the mood and a wake-up feature that brings a natural start to the day. Unlike some smart lightbulbs, iOS users can connect to it directly through Bluetooth, without the need of a gateway or bridge device. Each bulb lasts for nearly 25,000 hours and is out now with a price of $50 in the US and £39.95 in the UK and is available to buy from Elgato’s website.

Aside from its new Eve and Avea smart home products, Elgato has also announced its upcoming Smart Power intelligent battery that has self-monitoring abilities to tell the user when it is low on power by sending a notification to an iPhone connected to it via the Elgato Smart Power app. On a busy day, it even reminds the owner to carry a secondary power source with them through calendar integration. The 6,000 mAh external power bank can recharge an empty iPhone up three times and can charge any other USB devices too. It measures 83 x 83 x 23mm and weighs 160g and is available now for $99.95.