Commuters are attracted to different types of transportation medium, with most of them gravitated towards a simple unit that can maneuver traffics and get them to their destinations within the shortest time. The revolution going on in our mobility is gradually overriding the pride of wanting exotic cars. People now mean business and ready to realign with any workable alternative transportation.

Gotcha, an electric mobility service company in December 2018 launched its app for electric mobility services. Like other typical bike-share programs, the app gives virtual hubs experience to users, allowing them to check for inventory at different docking spots. But then, Gotcha app offers users three different options, which makes it different from others. Users can either go for e-bikes, e-scooters, or the electric ride-share service which are driven by professional drivers with a standard fee of $3 for fixed locations. Cities included in these services are Auburn and Atlanta in Georgia, Lafayette in Louisiana, San Diego, and others.

The company seeks to complement its electric bikes and electric scooters, as it launches a new three-wheeled, 25mph ride. 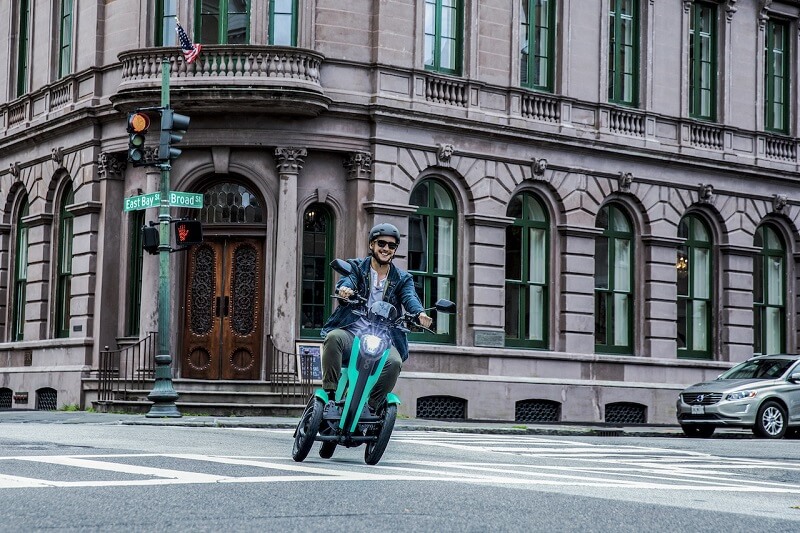 During the South by Southwest Festival which held in Austin this week, Gotcha announced its addition of a fourth service mode: the first public electric trike. This is the very first e-trike to debut on the mobility-as-a-service industry. It is built to accommodate those who are uncomfortable with cars on a bike or scooter. The e-trike is a five-foot-long teal and black contraption, having two wheels up front and one wheel in the back. It has two seats and can go as fast as 25 miles per hour. Once charged, the e-trike can last about 40 miles, while weighing a bit over 160 pounds. It’s got bright running lights, brake lights, turn signals, and a chipper Herbie-like horn. The batteries can be swapped out and replaced with recharged ones. And the bike is built to handle several busy, narrow-lane roads smoothly; it can even move over rutted sections like a champ.

For Gotcha founder and CEO Sean Flood, the company’s goal is not to only substitute congestion and carbon-spewing driving. The ultimate goal is to replace it by becoming an “end-to-end e-mobility provider.” Flood disclosed that the e-trike feels like the right evolution for him and its worth using as a daily commuter.

Flood made his points clear by performing the ultimate road test himself. He drove the e-trike from the company’s first partner city of Tallahassee, Florida all the way to Austin (nearly 1,000 miles). His seven-day voyage was filmed by the company and used to create Trike Trek, a short documentary, which was shown alongside the company’s expansion announcement at the South by Southwest event.

Gotcha, which is barely a year old, acknowledged that e-trike is a new business entirely. The company began when Flood convinced Florida State University (his Alma matter) to allow the use of some student-driven electric shuttles in the campus. His intention then was to curtail drunk driving; this made him start the rides for free and was supported majorly by on-vehicle advertising. With time, the app-based market for finding or hailing rides evolved, so Gotcha did expand into other modes such as bike-sharing. Part of its expansion gave colleges, for instance, their own branded bikes that run on the Gotcha’s system.

Currently, the company has lots of customers around the U.S who pay by the trip. The Gotcha e-scooter goes for $1, the e-bike for $2, and for the first 15 minutes on the e-trike, it will cost $4. The company plans to release a monthly subscription model this summer that will cost $79 per month to access all four travel options daily. According to Gotcha, the new e-trike will be rolled out this spring in most markets across the World.

Anna Domanska
Anna Domanska is an Industry Leaders Magazine author possessing wide-range of knowledge for Business News. She is an avid reader and writer of Business and CEO Magazines and a rigorous follower of Business Leaders.
« Bugatti unveils La Voiture Noire: The World’s Most Expensive Car!
These Billion Dollar Companies Started In A Garage »
Leave a Comment
Close