Electric cars and smart clothing: a reality in 2014 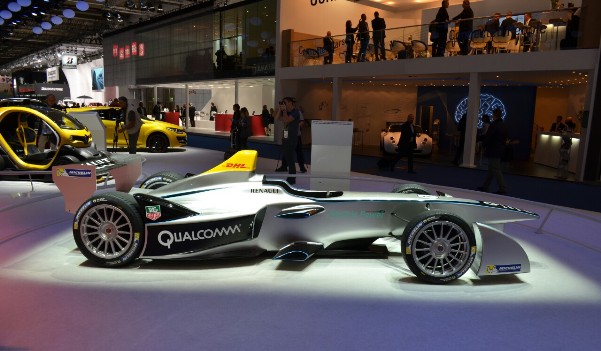 From wearable technology to electric cars, 2014 promises to be full of noteworthy technological leaps.  Let’s take a look through some of the most relevant surprises that this year promises.

Wearable technology unveiled some warning shots during 2013, with the release of Pebble smartwatches and the Samsung Galaxy Gear. However, this year the selection promises to be truly innovative and groundbreaking. Google Glass is expected to be launched in the months to come, offering hear-mounted computing that will possibly make smartwatches and mobile phones a thing of the past. Also, among the wearable technology catalogue, there are already fitness trackers which monitor health data, such as heart rate and blood pressure, and help the user navigate the city. Technology is expected to migrate onto a part of the users’ bodies through digital devices and services miniaturized and embedded in smart clothing, even worn against the skin.

For now, smart clothing, with in-built solar panels, consists on devices that scan the user’s body for disease, as well as self-repairing trainers. According to Tim Meyer, Head of Strategic Planning and Communications at TRIUMF (Canada’s national laboratory for particle and nuclear physics) new micro-sensors, fibers, and communication protocols will allow clothes to actually work for the user and process information. Meyer suspects that the first technology statements involving smart clothing will rely on fashion: they will be able to change shape or color. Later, clothes will engage computing tasks such as storing the user’s today’s to-do list.

Electric cars to the pits

Formula E vehicles, as the name suggests, is all about electric powered engines. The introduction of this new petrol-free motor racing competition is an important step for both the car industry and the environment. The motorsport’s international central body, the Federation Internationale de l’Automobile (FIA), unveiled its ambitious plan for an electric car competition that would follow the standards of the worldwide popular F1 series two years ago. As the Formula E vehicles get ready for the track, experts expect that these vehicles could have a big impact on the future of car manufacturing.

At the beginning, the vehicles in the race will be powered by enormous battery engines. Each battery produces around 200 kilowatts of power and weighs about 200 kilograms. The Formula E vehicles’ electric engines will last anywhere from 25 minutes to even few hours, depending on the speed. The cars will able to reach speeds up to 220 kilometers per hour. “If you look in the past, a lot of development in the car industry has come from racing. The transfer of technology is potentially very big,” said Formula E CEO Alejandro Agag.