From the latest reviews, it looks like the Polestar 2 is fast, athletic and a treat to drive with a starting price of around $63,000.

2021 Polestar 2 is a new electric car company and was once Volvo’s racing skunkworks. However, it is now morphed into a standalone electric subsidiary, which Volvo and Chinese automotive giant, Geely jointly owns. Its cars are built in China, to be sold worldwide. Polestar is initially only set to sell the high priced and heavily equipped version of its new car.

The all-electric and mass-produced Polestar 2 pursues the striking limited-run Polestar 1 plug-in hybrid, and it is vigorously engineered, well crafted, fun to drive and is a treat to be in. The overall experiences from most reviews indicate the most elegant integration of modern portable machine sensibilities and design standards in a car that ever seen. Its prices begin from $63,000 in the United States and £49,900 in the United Kingdom. 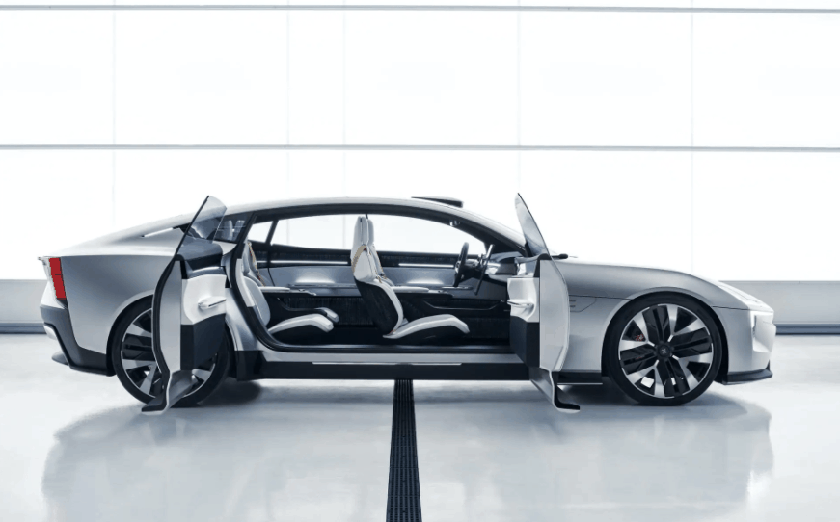 The Polestar 2‘s all launch-editions are to be powered by two motors, one on the front axle and the other on the rear axle that together produces 408 horsepower and delivers 660Nm/487 lb-ft torque. Additionally, despite the bulky weight of 2.2-tonne, it serves up a 0-62mph time of 4.7 seconds and a top speed of 127mph.

It is also powered by a 78kWh battery which instead of living in the floor like any other typical electric car, is placed very unusually. It has a T-shape instead of flat and stretches along the center of the car where between driver and passenger seats the transmission tunnel would generally be. It then extends in its width under the raised rear seats. This relatively high center console that is consequently created gives the impression of a lower setting to the driver, and it also doubles as a convenient place to secure your arm against while using the touch screen controls.

With a promising battery, the firm claims that recharging a dead battery can be done to 80 per cent in around 40 minutes at a public fast charger. It also further predicts an EPA-estimated range approaching the middle 200s, which is comparatively about mid-range for the existing EVs and far short of the highest, i.e. the Tesla Model S Long Range Plus, which can go 402 miles on a charge.

It does, however, adhere to the car’s mission to be environment friendly. It promises to be vegan which means the inclusion of no animal products in producing it, although, for customization, leather is an option. The launch edition tools include an extensive suite of active-safety gear, a glass roof, and a selection of accessories ranging from a Harman/Kardon audio system to a phone-as-a-key app and heated wiper blades.

Despite the surprising lack of any driving mode, especially a sport mode, the Polestar 2 can be bought with an optional performance package. This consists of race-inspired Öhlins Dual Flow Valve that is with manually adjustable dampers and Brembo four-piston front brakes. Along with these, it also includes lightweight 20-inch forged aluminium wheels, and gold-painted brake calipers and seat-belts finished in ‘Swedish gold’, which is much more aesthetically pleasing and is intended to be the enthusiast’s model.

Another impressing feature is its frame-less wing mirrors. As a substitute of the mirror moving inside its covering, the entire board moves, so the mirror can sit flushing against it. There is also the rear LED lights that execute a sci-fi introduce sequence every time the car is unlocked.

It showcases a designer interior that is both simple and purely gorgeous. The sculpted shifter, the delicate HVAC vents, the low-gloss black ash veneer trim on the dash and center console, and the intriguing interior materials all display the intricate and plush design. Almost all functions are handled through the central 11.2-inch touchscreen covering the dashboard, and the driving information is made available via a 12.3-inch instrument-cluster screen.

Probably a highly striking addition in the Polestar 2 is the collaboration with Google for its infotainment system. It is the first car to bring in Google‘s Android Automotive operating system, which provides ready access to the Google Assistant, Google Maps, and the Google Play Store. Also, its control extends beyond that of other automotive systems, with voice commands to even adjust the climate control. It also mentions of it being compatible with iPhones as well as Android-powered devices with Polestar promising the Apple CarPlay to be coming soon.

To sum up, Polestar‘s first attempt at an all-electric mass-production car is one impressive achievement. With a bright interior and the most elegant design, the car promises excellent performance overall.

Christy Gren
Christy Gren is an Industry Specialist Reporter at Industry Leaders Magazine she enjoys writing about Unicorns, Silicon Valley, Startups, Business Leaders and Innovators. Her articles provide an insight about the Power Players in the field of Technology, Auto, Manufacturing, and F&B.
« Revlon lenders sue over theft of $1.8 billion collateral loan
Stealth biometric that fits in the mouth for authentication »
Leave a Comment
Close

Brands see the Olympics as an opportunity to connect with their consumers and boost sales with limited edition products.
31 mins ago

The biggest names on Wall Street are buying some of these best fintech stocks of the year. Now maybe a great chance to invest money in the right business.
3 hours ago

Not many know that Tesla wasn’t founded by Elon Musk. So who founded the world’s most valuable automotive company?
7 hours ago