EIA Says U.S is Delivering the Pledge to Move Beyond Coal 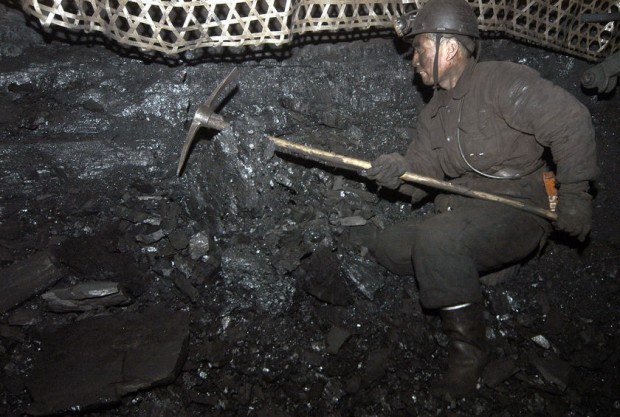 EIA Says U.S is Delivering the Pledge to Move Beyond Coal

While the debt ceiling issue and the credit rating downgrade have been keeping the U.S under intense global scrutiny over the past few months, findings by the Energy Information Administration (EIA) that production of electricity from coal in the United States has dropped to its lowest ever in the last 30 years is definitely very welcome news.

According to the EIA report published on August 9th, coal’s share of U.S. electricity production accounted for only 46% of domestic power, a 6% drop as compared to 2008. This was accompanied by a rise in the share of electricity produced from natural gas as well as hydropower.

The report by EIA also mentions a further estimated decline in coal consumption in the electric power sector by almost 3% over 2011, and a rise in generation from natural gas increases by 3.5%.

The need for the U.S to work on further lowering the share of electricity produced by coal was summed up by Mike Bloomberg, Mayor of New York City, who told CNN that “The truth is, we can’t afford not to quit coal. The cost consumers pay for power does not reflect the true cost of burning coal. Pollution from coal triggers asthma attacks, a disease that affects 20 million Americans and burdens our health care system. The toxic mercury released from old, outdated coal plants is the single biggest source of mercury emissions in America, making it a potential source of harm to pregnant women and children.”

With the soot emanating from coal-fired power plants killing an estimated 13,000 Americans prematurely every year, almost $100 billion in health costs are being attributed to the use of coal for electricity generation.

On the other hand, rising standards of living in the developing world have meant a 400% increase in China’s use of coal power, and 450% rise in India’s use of coal-generated electricity between 1980 and 2006; all indications of the urgent need for a shift in electricity generation away from coal.

The “Beyond Coal” Realization

Also, despite the current reported decline in coal use, the EIA has also estimated a 25% increase in coal electricity production in the U.S over the next twenty years if the current trend continues; another worrisome factor.

In terms of employment generation and wage-earnings also, the coal industry does not perform as well as the clean energy industry would.

According to data put forth by Mayor Bloomberg, the 2.7 million people who work in America’s clean-tech sector earn 13% more than the median U.S. wage. And while a natural gas-fired power plant creates as many jobs as a coal-fired power plant, the wind industry creates many more; in fact wind power plants already provide more jobs than the coal mining industry does for miners.

These are the considerations that have shaped the Beyond Coal project, with New York City Mayor Bloomberg pledging $50 million to help the Sierra Club shut down coal plants.