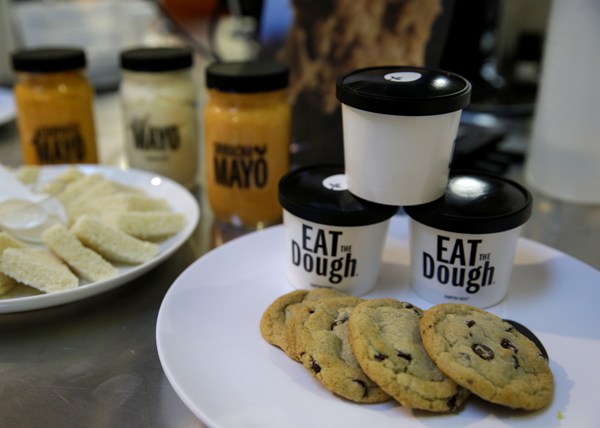 Something smells good in Silicon Valley! Did you ever think that latest news regarding food would be coming from Silicon Valley?  Well if you combine food and technology this is obviously more than possible. Even though Silicon Valley is more used to having places where new software are being developed or websites together with mobile-phone apps, now the startup is about food and changes around it. Don’t get surprised if you will be soon eating eggs without eggs.

This garage-like space in San Francisco’s tech-heavy South of Market neighborhood is nothing like the neighbors around it, the startup has mission to find replacements for eggs in plant. Hampton Creek Foods which was funded by prominent Silicon Valley investors and Microsoft founder Bill Gates, desires to change global egg industry which is known for wasting energy, polluting the environment, causing  disease outbreaks and confines for the needs of the industry chickens are closed in tiny spaces like machines for eggs production. When taking a look inside of the research center or kitchen if you want, you will realize what smelled good in the first place and you can find a chefs bake cookies and cakes,  flavored mayonnaise and pan-fry omelets and together with  French toast all without eggs. The research chef made it all using only replacements for eggs.

The company has just started selling its first product called Just Mayo mayonnaise, the name says enough for itself; eggs free mayonnaise and you can find it at Whole Foods Markets. It is a part of a new generation of so-called food technology venture that want to change the way we eat, turning a world into a better and healthier place in that way.

Experts  believe this is leading us to the future food, Anand Sanwal responsible for tracking  venture capital investment, explained in his statement that this was not to be just a trend on contrary according to him sustainability and challenges to the food supply and developments in food technology are  fundamental issues.

Eggs without eggs or officially talking plant-based replacements for eggs could become part of our daily diet, but the only problem is to find the plant that would be complete substitute for eggs in every way. In food lab, biochemists have analyzed some 1,500 types of plants from more than 60 countries so far, but still they’re missing the right combination which would have absolutely all.

Another Gates-backed company is targeting the chicken itself, they want to find a right substitute for meat eventually since they know it could be good for the environment because it might  reduce consumption of meat, which requires large amounts of land, water and crops to produce. Again benefits for people’s health would be great especially in heavy meat-eating countries like the U.S. If they find all those solutions our future dining might look like taking just few pills and that’s it. Now that would be an energy time saving.