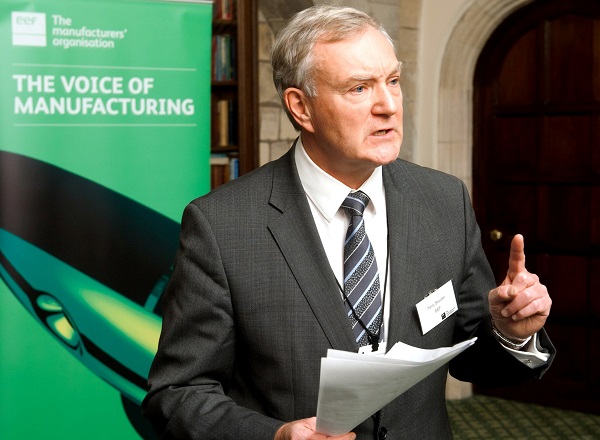 It appears that EEF chief executive Terry Scuoler  has given-in to emotions of markets around British industries and voiced his opinions that the present UK government should cut-back on its expenditure on health-care, essentially National Health System and look outward and spend actively on  building roads, transport as well as science and innovation.

While it is sure to have taken many by surprise, it is interesting that EEF chief executive Terry Scuoler did voice strengthening concerns over the recovery of  the UK economy. He underlined: “We also need to see a step change in investment in our transport system, particularly in our overstretched road network.”

Not surprisingly at all, this outburst by EEF chief executive Terry Scuoler comes after the recent announcements following a review of spending by the UK government for its 2015-16 budget. The government head by David Cameron and his second-in-command at Ministry of Finance, Danny Alexander, have already announced further spending cuts of $17.50 billion. Furthermore, there has been increasing opposition to the nearly 20 percent cut in required budgets by defence and interior ministries.

EEF chief executive as a representative to several manufacturing sectors in the country has allayed fears that the economic reality is tough, given the lack of facilities and stimulus in basic facilities and infrastructure.  The EEF chief executive has also pressed for increased spending on science and innovation as the stepping-stones to the economic turnaround. Another segment, which the government has lacked to focus on, is exports and encouraging exports as well as forging of high value trade links.

Instead, EEF chief executive Terry Scuoler has suggested that there should be healthcare cuts so that the government would be in a position to handle the increase in energy prices. As most manufacturing industry are affected by significant increases in energy prices, it is critical that the government intervenes in favour of the manufacturing industry, the organization has underlined.

EEF chief executive comments will bolster the first line of resistance already up by Vince Cable, the Business Secretary, who is at loggerheads with the Treasury for cutting his department’s budget for the 2015-16.

The Director of EEF, Steve Radley, too has expressed that: “Ringfencing large areas of government spending, particularly the health budget, means the cuts are falling particularly heavily on areas that are vital for supporting growth.”

It is expected that when the spending review comes up on June 26, senior cabinet ministers will take Mr.Cable’s and others spending plans apart. Yet it is worth noting that Chancellor George Osborne has been boasting about his successful agreement on chopping expenditure which was reached with seven departments.