Edison announces to cut 730 jobs down 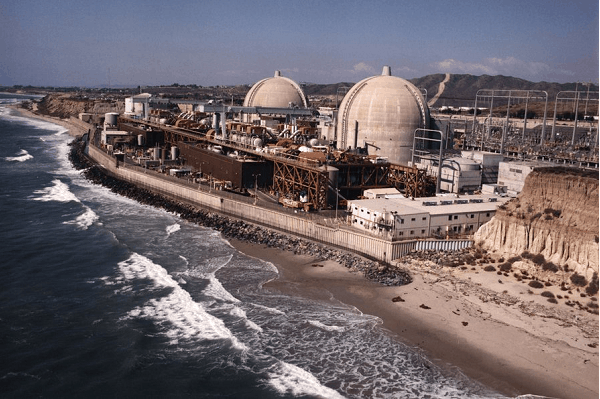 Southern California Edison has announced plans to downsize work labor by almost one-third at San Onofre nuclear plant.  The downsizing of about 730 positions will bring the plant’s employees down to 1,500. The plan should be accomplished later this year. The cut will take place in part because of problems with steam generators which have kept the plant closed since the beginning of 2012. The downsizing is also a result of operating costs that are higher than in other similar facilities.

Edison’s officials informed that the company would cut down the nuclear plant’s workforce to 1.500. In Edison’s statement, published this Monday, it was said that a reduction would affect approximately 730 employees and it would start in the fourth quarter of 2012.

It was highlighted, in Edison’s statement, that the company began planning the reduction more than two years ago, after it  had turned out that San Onofre’s employment as well as cost were “higher” compared to staffing and costs at other similar nuclear plants. Then the effort began to align all costs to a comparable level of costs at similar facilities. In addition, the company has been struggling with a closed plant, which was shutdown on 31st of January. It has been more than six months since it was closed, and there are no signs of possible restarting it in the nearest future. As it was stated by Jennifer Manfre, a spokeswoman for Edison, the recent troubles at the plant had a significant impact on the decision on the quantity of positions to be eliminated.

According to Edison’s statement, the reduction is also a result of implementing technological changes at San Onofre’s plant. According to the company, “(s)trict California environmental and regulatory standards, coupled with a greater financial investment to replace aging infrastructure,” which have been responsible for increasing costs of delivering electricity because of that it requires  “greater efficiencies where possible.”

Edison’s plans on units and workers

San Onofre’s two active reactors had been closed down in January. However, Edison’s officials hope to propose a restart plan for Unit 2 by the end of 2012, yet they are not able to confirm when Unit 3 might start working again. Excessive wear on hundreds of steam generator tubes was a reason why the San Onofre’s plant was closed down. The plant, which is serviced by Southern California Edison, was shuttered because one tube leaked and as a result it released a small amount of radioactive steam into the atmosphere. In addition, the leak also confirmed that more tubes had been wearing out quicker that it had been projected. Even though the plant was out of order, all of San Onofre’s employees were on duty to assist with testing and repairs.

According to the spokeswoman for Edison, Jennifer Manfre, the complete downsizing plan will be finalized by the end of October, and then it will be known which positions will be eliminated. Moreover, as it has been stated by her, it is too early to determine whether some of workers will be reemployed if the plant starts working again. Employee union representatives have not made a comment on Edison’s downsizing plans yet.