Edible Packaging Made from Milk Will Save the Planet

This kind of plastic is the toughest to recycle and might even imbue harmful chemicals to your food. Moreover, it’s not doing the job it’s supposed to do either, i.e. prevent food spoilage.

When you throw away this type of plastic, what happens is you indirectly create a stream of non-recyclable, non-biodegradable waste that ends up in the pile of the 20 million tons of plastic waste. 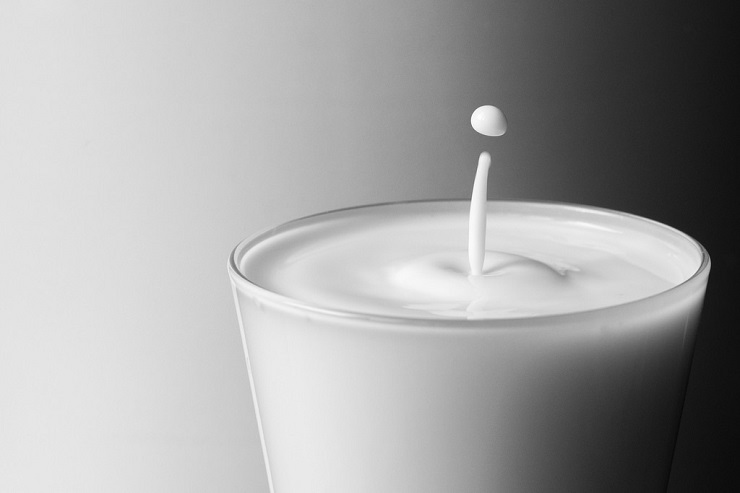 Innovative edible packaging it seems, is the answer to the planet’s environmental woes. Researchers from the USDA have invested a different way to package food like meat, bread, and cheese. Instead of using plastic, they’ve developed an edible, biodegradable packaging film made of casein (a milk protein) that can be wrapped around to prevent spoilage.

For past few decades, the USDA has been trying to find a way to create food packaging from the leftover milk products. However, in the last few years, researchers were able to figure out how to create casein-based films that could replace tin plastic films. Casein is a milk protein which is extremely sensitive to water. Now, this is a serious problem if you’re trying to create a packaging that is supposed to keep the food sealed and dry.

Proteins, basically, soak up moisture in air. To overcome the obstacle, the researchers tried adding pectin, which would hold the casein particles in place. Adding pectin to the casein created a packaging that while is still sensitive to moisture, does not immediately dissolve when exposed to water or humidity. In fact, the casein film is 250 times more effective at blocking oxygen than plastic. By using a casein film, you can not only keep food from oxidizing and going stale, but also slow down the growth of bacteria.

In order to produce more innovative ways of packaging material, the researchers added citrus pectin and glycerol to the casein film. The addition of glycerol makes the protein film softer, while the citrus pectin adds more structure to the film. This allows the casein film to resist humidity and high temperatures better. In order to make the edible packaging tastier and more nutritious, they’re also adding vitamins, flavoring, and other additives.

Perhaps, the biggest drawbacks using the casein film is that it dissolves in water. This means, one would need larger, nondissolving plastic to keep the containers clean and cry. Researchers are hoping to solve this issue with a multi-layer, secondary packaging.

Casein could be served as packaging as well as food. A lot of cereals are coated with sugar so they can maintain their crunch. This could be easily achieved by spraying casein onto the cereals. The same goes with pizza boxes. The USDA has banned perfluorinated chemicals, however, it is still in use to coat the cardboard surrounding pizza. A casein coating could be sprayed onto the boxes to prevent grease and stains.

Anna Domanska
Anna Domanska is an Industry Leaders Magazine author possessing wide-range of knowledge for Business News. She is an avid reader and writer of Business and CEO Magazines and a rigorous follower of Business Leaders.
« Chevrolet Camaro 1LE Claims to be the Future of Racetrack Driving
The Most Exquisite & Expensive Teas in the World »
Leave a Comment
Close