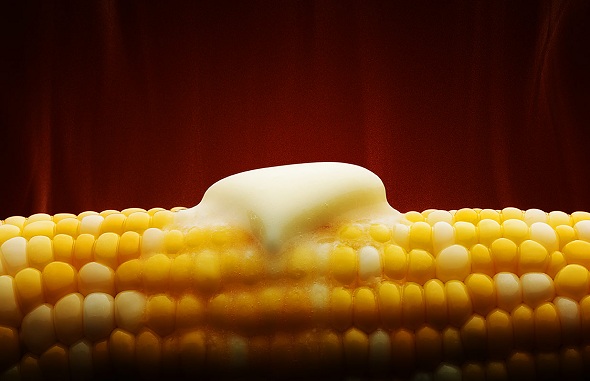 The US is the largest exporter of corn in the world. According to a recent study, climate change and unsustainable utilization of water resources and fertilizers possesses a threat to the total output of this industry.

U.S. produces nearly 40 percent of the world’s corn. Almost one-third of the farmland in the US is allotted to corn. The net return for growing corn last year was valued at nearly $70 billion.

But now the excessive US moisture has metamorphosed as a canary in a coal mine disrupting edifice of agriculture, promoting steep retreat in wheat and corn prices. The changing climate could seriously damage not only farmers, but also a horde of other associated channels such as food and animal feed, transport and other companies. To deepen the magnitude of the consequences, increasingly sparse water supplies could also have an adverse effect. The same goes with growing techniques that will be adopted to counter the weather issues such as overuse of pesticides and fertilizers.

In a study by Ceres, a US non-profit group that advocates increased environmental sustainability in the business sector, covered risks threatening one of the main industries of the country.

The study warns: “Record-breaking weather events – including prolonged drought, intense precipitation and high temperatures – are increasingly common in the Corn Belt and are negatively impacting corn yields and corporate profits.” This will particularly affect states in the American Midwest and Great Plains region – the Corn Belt, which accounts for mass production of America’s favorite crop.

While the percentage of corn production shipped abroad is relatively small, the US is still the world’s biggest corn exporter. Shortages or rising prices can have an adverse impact on the developing world, with the potential for outbreaks of serious social unrest

Floods in 2010 and 2011 inflicted damages worth millions of dollars due to crop losses in different areas. Moreover it resulted in significant damages to lands causing an increase in soil erosion. In 2012, temperatures soared, while a drought condition prevailed when rains didn’t arrive.

“The 2012/13 drought exemplified the vulnerability of the US corn supply chain to extreme weather,” the study says.

The bulk of US corn output goes either to animal feed or to the production of ethanol fuels, with only 10 per cent going to food processing.

As per the report:  “The 2012/13 drought had unusually severe financial impacts for many companies in the US corn value chain, hitting the meat and grain trading sectors particularly hard.

While the rate of corn production shipped abroad is meager, the US is still the world’s biggest corn exporter. Shortages or climbing costs can have an unfavorable effect on the developing world, with the potential for flare-ups of genuine social turmoil.

The study brings up that compelling climate issues lately have brought about vast scale price instability. This has prompted what it calls less secure growing practices, with farmers and the huge agricultural conglomerates trying to take advantage of in the business by utilizing fertilizers and pesticides on their lands.

The US government’s recent National Climate Assessment said the negative impacts of environmental change, for example, higher temperatures and dry spell, would outweight any positive effects in the Midwest and Great Plains.

The Ceres study says corn is especially delicate to higher temperatures, and a great part of the corn is developed in locales where water supplies are now constrained. In future, corn developing may need to move to cooler and more water-abundant ranges further north.

“Higher temperatures and increased water stress mean that increased irrigation for corn will be required. Given limited water supply in parts of the Great Plains region, a northward shift in corn acreage is predicted, increasing the risk of stranded agricultural assets, such as processing, storage and transportation infrastructure.”

Expenses, to the agrarian business and to the US government are mounting. In 2012-13, the government’s Federal Crop Insurance Program paid out a record $10.8 billion to farmers, by and large for reasons identified with the dry spells.

Ceres says farmers and large conglomerates that control expanding amounts of agricultural area must figure out how to farm all the more reasonably. This implies in adopting methods with a less intensive crop regime.

There ought to be more measured utilization of manures and pesticides. More productive irrigation systems routines and charging systems that support less water utilization ought to likewise be executed.

More blended cropping ought to be acquainted in place with preserve soil fertility, the report suggests. Furthermore organizations ought to analyze their supply chains, and weight the cultivating area to put set up better land practices.

Ceres has a straightforward message that is prone to cause a storm of annoyance over the Corn Belt: purchase less corn!