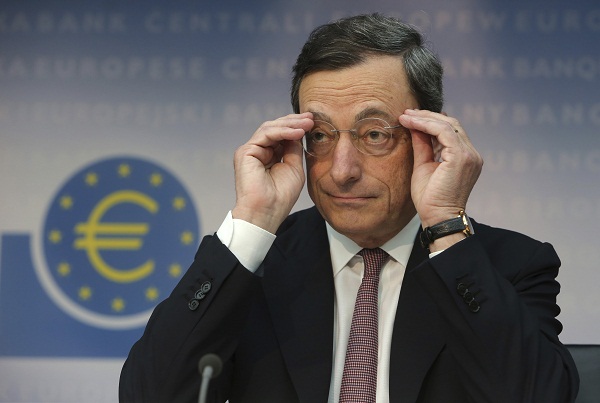 Mario Draghi, the chief of the European Central Bank

Mario Draghi, the chief of the European Central Bank, is all set to face one of the most crucial stages in his tenure this Thursday as he attempts to mend the separation between the different policymakers so that he can succeed in carrying out his word to rescue the euro.

Shareholders are very interested in knowing how exactly the chief of the European Central Bank will try to begin a new policy of bond-buying in order to help in bringing down of the cost of borrowing in the countries of Italy and Spain, following intense arguments between the policymakers, including the ECB Governing Council, regarding the plan occurred in public just last week.

Formation of a Plan

According to Bild, the German newspaper, Jens Weidmann, a member of the ECB Governing Council, who is also in charge of Bundesbank, had made up his mind to walk out over the proposal but the administration of his country managed to dissuade him from doing the same. Axel Weber, Weidmann’s predecessor, had also submitted his resignation only last year due to the first bond-buying plan which was overseen by the chief of the European Central Bank.

The bond markets inside the eurozone need to meet with improved intervention from the chief of the European Central Bank if they want to buy time from the administration in order to give rise to a long scale response to the ongoing debt crisis in the bloc. The ECB Governing Council started the meeting at about 0700 GMT so that they could hold talks over the new plan for bonds. Shareholders are expecting Draghi to divulge sufficient amount of information regarding the new policy of bond-buying so that he can support the oath he took on the 26th of July to carry out everything in his power to safeguard the euro, while delivering his speech after the meeting of the ECB Governing Council.

Most economists believe that expectations are running quite high. If the European Central Bank fails to deliver, they think that the economy is going to face another bad phase.

Events Leading Up to the ECB Meeting

Yields of Italian and Spanish government bonds seem to have suffered a significant drop ever since Draghi announced on the 2nd of August that the European Central Bank would purchase bonds which were issued by Rome and Madrid.

The debt purchases made by the ECB, which are likely to succeed the Securities Markets Programme of the bank that has remained dormant since the month of March, would resume only under harsh terms and if the nations first asked for help from the rescue fund of the eurozone. The policy meeting being held on Thursday is expected to end with Draghi introducing a bold new policy of bond-buying.

But, according to two sources associated with the central bank, despite the fact that he will probably deliver some sort of a framework for the new policy of bond-buying, he will provide no information concerning the amounts planned or even precise targets for the purpose of yield spreads or points of the rates of interest. A large number of shareholders hold the opinion that the plan will be set in motion without any further ado. However, it seems as if the case is much more difficult than that.

Ever since Draghi took over the post last year he has been careful to balance a plan that will be supported both by Weidmann and the majority of the Governing Council. Weidmann has shown concern regarding the fact that getting involved in the market of bonds in order to diminish the costs of borrowing of the troubled eurozone nations like Italy and Spain would lead to the tradition being broken of financing only member states of the eurozone. Both Spain as well as Italy had attained levels that were unreasonable for anything else other than the brief term.