EBay To Lay Off 2,400 Jobs Ahead Of Possible Spinoff Of PayPal Business 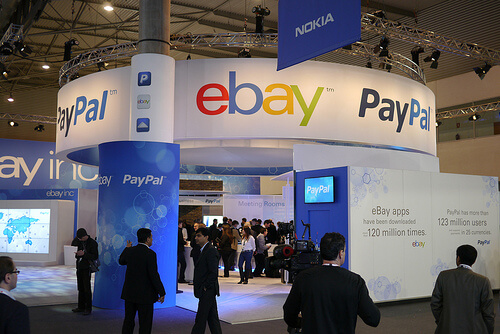 The layoffs are expected to be made before the end of March.

On Wednesday, eBay announced that it would slash 2,400 jobs or 7 percent of its workforce across its marketplaces, PayPal and enterprise businesses. The layoffs are expected to be made before the end of March.

The move comes as the e-commerce giant announced its profit in the fourth quarter rose to US$936 million on US$4.9 billion in revenue on continued strength of its PayPal payments business.

Additionally, the company also announced the split off or sell of its eBay Enterprise business, which manages online sales efforts for brick-and-mortar retailers, and agreed to bring in an executive from activist investor Carl Icahn’s firm to its board.

“Eliminating jobs is never easy, but these decisions were necessary,” CEO John Donahoe said in a conference call Wednesday, after outlining the challenges eBay faces without PayPal.

The string of changes comes as the company struggles to bounce back from a cyberattack that forced all users to reset their passwords. In 2014, a cyberattack compromised eBay users’ email addresses, passwords and contact numbers, however no financial information was stolen. And a change by Google also made it difficult for eBay results to show up during Web searches.

“We have some challenges,” said CEO John Donahoe in a call with investors. “But overall, our focus and operating discipline delivered solid company performance in a year that quite frankly we’re glad to see come to an end.”

The San Jose, California-based company says it still faces a hard first half of 2015 as well, as it continues to deal with a stronger dollar and the search engine changes. But Donahoe believes results would be much better in the second half of the year.

The company has been under pressure to better profitability from Icahn, one of its biggest investors with nearly 3.7-percent stake in eBay. He has pushed the company to sell off PayPal, its most profitable unit.

Of every $6 dollars spent online, PayPal services $1. It Charges fees from over 162 million users who make use of the online service to transfer money to other users and pay for goods and services in more than 200 markets.

eBay will now bring onboard, executive from Icahn’s investment firm, Jonathan Christodoro along with Wall Street executives Frank Yeary and Perry Traquina. That brings eBay’s board to 15 members, including 13 independent directors.

Total payment volume grew 24 percent in the fourth quarter for PayPal and revenue increased to $2.2 billion, about 45 percent of total revenue for the quarter.

For the present quarter that will end in March, eBay estimates its per-share earnings to range from 68 cents to 71 cents and revenue of $4.35 billion to $4.45 billion.

Christy Gren
Christy Gren is an Industry Specialist Reporter at Industry Leaders Magazine; she enjoys writing about Unicorns, Silicon Valley, Startups, Business Leaders and Innovators. Her articles provide an insight about the Power Players in the field of Technology, Auto, Manufacturing, and F&B.
« Amazon plans a 150 megawatt wind farm to power its data centers
Google reported to launch its own wireless carrier using Sprint and T-Mobile »
Leave a Comment
Close

Moderna Inc., the Boston-based biotech startup, reported its fourth quarter and 2020 fiscal year results, where it announced that it hoped t...
2 hours ago

Hyundai Motor says the vehicle recalls are expected to cost the company about 1 trillion won or an estimated $900 million. In South Korea, 2...
2 hours ago