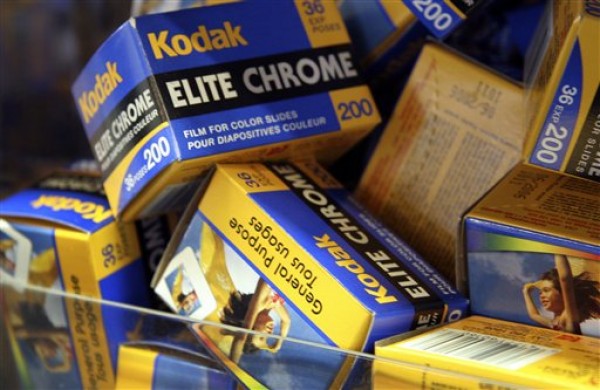 Eastman Kodak, the Pioneer in the world of photography, is preparing to file bankruptcy protection in the coming weeks. Kodak’s changed its strategy in the midyear, from using patents to strike licensing partnerships – to their outright sale – which has yielded few results and may now push the industry leader to the brink of bankruptcy.

Kodak, the 131-year-old company, said November that it could run out of cash in a year if it didn’t sell the patents. In spite of having a future rooted in its emerging printer business, Eastman Kodak was reporting a loss of $222 million in the third-quarter. This was Kodak’s ninth quarterly loss in three years and Kodak Believed that its cash reserves had fallen 10 percent in three months.

Kodak has plans to secure about $1 billion in debtor-in possession financing to sustain itself from the bankruptcy filings. To keep it afloat, Kodak is in talks with large banks including JPMorgan Chase & Co, Citigroup Inc, and Wells Fargo & Co, who would help Kodak secure the mentioned amount. The Chapter 11 filing could come as close to this month or early February. But the fall in Kodak shares – about 28 per cent to 47 cents on the New York Stock Exchange – apparently dampened investors’ hopes that the company could arrange a quick sale of its patents or a financing lifeline to keep it afloat.

Kodak, the photography industry leader, invented the digital camera in 1975. At that time, one of Kodak’s engineers developed a prototype that was as big as a toaster and captured black and white images. But it significantly failed to make the most of that innovation, and it was only after the decline of Kodak’s film business, a decade ago, that Kodak tried to catch up with rivals by launching a mass-market line of digital cameras.

Three Kodak directors resigned last week, including two were delegates of private equity firm KKR & Co and a University of California professor, along with a few industry leaders to contemplate that a Chapter 11 filing was coming up. Well, the troubles Kodak is facing are not recent, but date back to the 1980s, when the company struggled with foreign competitors that stole Kodak’s film market share.

In a hope of coming out of the pitfall, Kodak put some of its digital patents up for sale in August. But bidders concerns that Kodak might have to seek bankruptcy protection, slowed down Kodak’s efforts to sell the digital patents.

If Kodak seeks bankruptcy protection, it would follow other well-known companies that have failed to adapt to ever changing business models. If Kodak filed bankruptcy protection, it would outset the year in restructuring circles, when the economic growth has been sluggish and eurozone debt crisis have threatened to make credit markets away from companies that need to refinance their debt.

As of 2021, over 150 million US workers identified themselves as self-employed. This means that they are responsible for their own retirement plans. Employees of big firms tend to
47 mins ago

Just shy of her 40th birthday, Vera Wang struggled to find a bridal gown that suited her taste. Her father pointed out her struggles for what they really were – a remarkable busi
47 mins ago