EADS set to reorganize, to be renamed Airbus Group 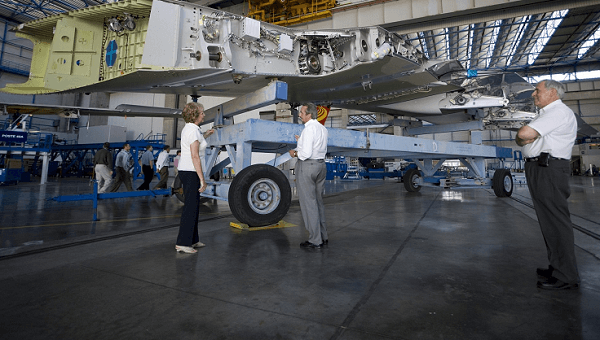 European aerospace giant EADS on Wednesday confirmed its plans to change its name to Airbus. In a bid to unite its businesses and boost shareholder returns Airbus Group will combine defence and space activities in one division that will also contain the Airbus Military business currently twinned with passenger jets. The name will give the group a stronger public profile as it battles Boeing, the US aerospace and defence group that is EADS’s main rival.

“The renaming simply gathers the entire company under the best brand we have, one that stands for internationalization, innovation and integration — and also for some two thirds of our revenues,” said the company’s CEO, Tom Enders. “It reinforces the message that ‘we make things fly’.”

The changes will be implemented from January, with completion due in the second half 2014.

In the first six months of 2013, there were about 722 net aircraft orders, compared with 230 net orders in the first half of 2012, as recorded by the Airbus Commercial.

However, with lower A380 deliveries during the year, EADS revenues will see moderate growth in 2013. The shares, which have risen almost 50 per cent in the year to date, were up 1.6 per cent at €44.98 in Paris on Wednesday.

The new Airbus group will involve merging of three divisions, made up of the dominant Airbus passenger division, the Airbus defence and space unit and the Eurocopter business that makes helicopters, which will be called Airbus helicopters. The Group headquarters will be in Toulouse, in southwest France.

Bernhard Gerwert, 60, will be CEO of the defence and space division, with Domingo Urena-Raso heading the military aircraft portion of the division, Francois Auque remaining in charge of space, Evert Dudok heading communication, intelligence and security systems, and Thomas Mueller leading equipment.

Julian Whitehead will be the chief financial officer. The further nominations to be announced in the fall, EADS said.

According to online domain records, a web site, airbus-defense.com was registered a few days ago.

“We welcome and strength and success of Airbus,” Enders said on a call with journalists.

With no potential defence projects in Europe for the next decade, the restructuring is aimed at tackling costs. It also underlines EAD’s commitment to military and space for the long term. The restructuring was planned following the breakdown of the proposed BAE deal, which was intended to fulfil EADS’ previous plan to be equally balanced between civilian and defence businesses by 2020. The changes is set to involve job losses among 140,000 EAD’s employees, especially in defence region .

As the governments in Europe are spending less on defense, EADS’s new division will need to focus on growing markets in Asia and the Middle East, facing off against rivals such as Boeing Co. and Lockheed Martin Corp. (LMT). Combining all defence-related assets may help the company streamline its offerings in new markets.