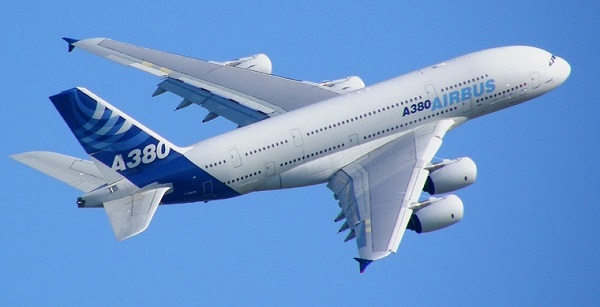 EADS reported a huge plunge in its full year profits and revenues for the year 2012 as sales were driven by increased deliveries at its Airbus division. However, fourth quarter profits for the fiscal year 2012 dropped as EADS paid hefty restructuring charges and faced bad merger deals. Also, the company stated that it would not use raffish lithium-ion batteries in its oncoming Airbus A350 plane due to recent Dreamliner problems.

European Aeronautic Defense and Space Co., the world’s second-largest aerospace company, posted higher-than-expected full year preliminary profits for the year 2012. The full year net income of the company rose by approximately 19 percent to €1.2 billion from nearly €1 billion a year earlier. According to a statement released by EADS on the 27th of February, the operating profit for the year 2012 climbed to €3 billion up from €1.8 billion in 2011. Moreover, revenues of the company increased by around 15 percent to €56.4 billion, compared to €48.1 billion a year earlier. At the end of 2012, the order backlog of EADS climbed to approximately €5 billion from €4.2 billion in 2011 mostly due to improved sales of the commercial Airbus jetliners.

The increase in sales at the Airbus division of the company contributed to nearly 65 percent of profits made in 2012. The revenues at the Airbus division progressed by nearly 17 percent to €38.5 billion while Airbus commercial revenues increased by around 19 percent as deliveries of the jetliners soared higher-than-expected. However, the revenues at the military division of Airbus slumped as much as 15 percent. Airbus SAS delivered around 588 planes in 2012 and aims to deliver 600 more aircrafts in 2013. Due to successful operations of its subsidiary airline, EADS overcame operational losses owing to the failed BAE merger deal initiated in October 2012.

The fourth quarter profits of EADS slumped by nearly 48 percent as the company faced restructuring charges due to failed government negotiations. In addition, the company had to pay a restructuring charge worth almost €200 million to its defense and electronics contractor Cassidian. Fourth quarter profits were also hampered by a €100-million-charge made to Eurocopter as the company failed to renegotiate terms with the government.

The introduction of Airbus A350, scheduled to launch earlier this year, was delayed due to a crack in its wings. The company, which hopes to launch Airbus A350 in the second half of 2014, has underlined that it will not use raffish lithium-ion batteries. The wing cracking problem of Airbus A350 has further delayed its launch as EADS does not plan to take any risk. Moreover, Airbus A350 which was intended to compete with Dreamliner, is expected to limit the one-off charges for the year 2013. The wing cracking problem would cost the company operational charges worth €85 million. However, EADS underlined that “The A350 XWB program remains challenging.”