The war on plastic pollution is taking a new lead as Dutch supermarket; Ekoplaza unveils the world’s first plastic-free shopping aisle in Amsterdam.

The introduction of plastic-free packaging by Ekoplaza is in response to the global campaign against the ‘factorial’ growth of plastic waste contaminating our ecosystem. Ocean Crusaders reports that “5.25 trillion plastic pieces of debris” are in the Ocean, and the world has produced more plastic pollution in the last ten years than the whole of last century. Areas in the Ocean that can no longer support aquatic life, ‘Dead Zones,’ is increasingly growing. A report from ‘The Guardian’ shows that the supermarkets are contributing heavily to plastic pollution, with 1m tones produced yearly only in the UK. 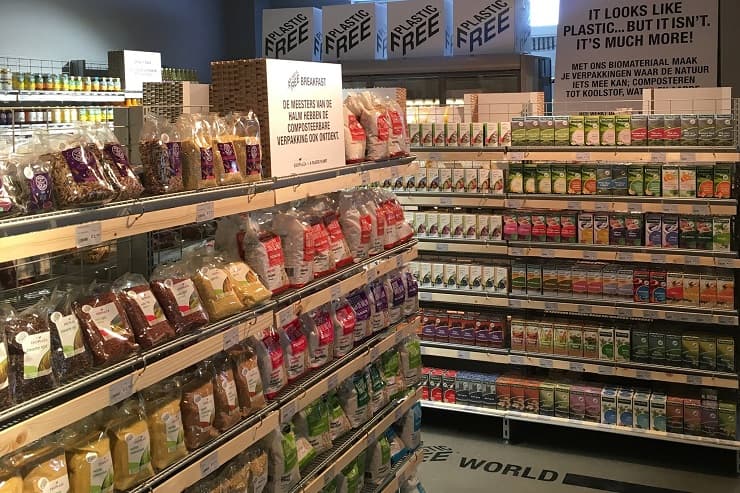 Opened on Wednesday, the supermarket features over 700 products without plastic packs

Since 2017, campaigners have been loudly calling for plastic-free aisles in the supermarkets. The co-founder of Plastic Planet, Sian Sutherland said that the organization (Plastic Planet) represents “a landmark moment for the global fight against plastic pollution”.

“For decades shoppers have been sold the lie that we can’t live without plastic in food and drink. A plastic-free aisle dispels all that. Finally, we can see a future where the public has a choice about whether to buy plastic or plastic-free. Right now we have no choice.” 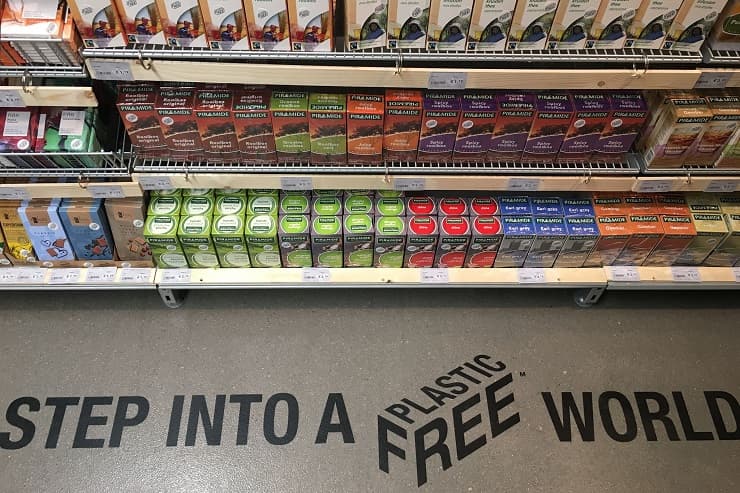 The Dutch supermarket chain, Ekoplaza revealed that the plastic-free aisle now opened in Amsterdam will be available in all of its 74 branches in the country by the end of 2018. Chief executive of Ekoplaza, Erik Does, said that plastic-free packaging is an initiative necessary that will deliver “a brighter future for food and drink“.

“We know that our customers are sick to death of products laden in layer after layer of thick plastic packaging. Plastic-free aisles are a really innovative way of testing the compostable biomaterials that offer a more environmentally friendly alternative to plastic packaging.” 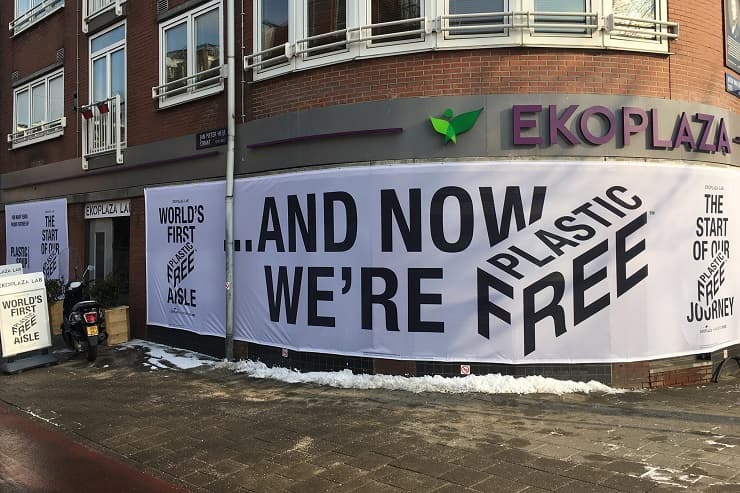 The aisles will be a testbed for innovative new compostable bio-materials as well as traditional materials.

According to campaigners, the plastic-free packaged products will not be more expensive than those packaged with plastics. Instead of ditching packaging, products will be packaged using “alternative biodegradable” materials which will be “scalable and convenient.”

“The aisles will be a testbed for innovative new compostable bio-materials as well as traditional materials such as glass, metal, and cardboard,” campaigners said.

Sutherland said: “There is absolutely no logic in wrapping something as fleeting as food in something as indestructible as plastic. Plastic food and drink packaging remains useful for a matter of days yet remains a destructive presence on the Earth for centuries afterwards.”

Sutherland has encouraged the British supermarkets to follow Ekoplaza’s footprint by introducing plastic-free aisles at the earliest opportunity.

The British Prime Minister, Theresa May had earlier this year encouraged plastic-free supermarket aisles as one of the measures to tackle plastic pollution in her Government’s 25 years plan for the environment.

Similarly, Iceland is planning to achieve plastic-free packaging in all its products by 2023.

Carrie Ann
Carrie Ann is Editor-in-Chief at Industry Leaders Magazine, based in Las Vegas. Carrie covers technology, trends, marketing, brands, productivity, and leadership. When she isn’t writing she prefers reading. She loves reading books and articles on business, economics, corporate law, luxury products, artificial intelligence, and latest technology. She’s keen on political discussions and shares an undying passion for gadgets. Follow Carrie Ann on Twitter, Facebook
« Do Companies Really Need To Create ‘His’ and ‘Hers’ Branding?
At Amazon Go, You Can Pick What You Want Without Ever Stopping to Pay »
Leave a Comment
Close