There is a never-ending debate about the boons and the banes of technology and its influence on our lives. We have often heard that if the technology is used in the right manner, it can save lives. We live in an era wherein robots are imposing a threat on the livelihood of humans as they can also carry out complex actions such as medical operations. Instead of getting intimidated by the high efficiency of technology, we must instead concentrate on ways to make the most of this human innovation. If dealt with in the right manner, technology has the ability to transform our lives and make them way better.

One of the most trending technological devices currently is the drone. Drones are a great way to capture the beauty of a scenic location and are also helpful to bring in our pizzas faster. But you can do way more useful things that product delivery. Due to the lack of hindrances like traffic, drones are extremely speedy if developed in the right manner. Taking into consideration the speed and efficiency of this device, a budding entrepreneur came up with the idea of using it for a good cause. After extensive research and technological know-how, Zipline was launched into the market in 2011.

The startup with a noble cause

A few decades back, people stuck to conventional fields of business and competed in the same which offered promising profits. With the advancement of ideologies in the human society, there were certain people who decided to contribute to the society’s welfare along with earning a living. By taking technology into consideration, this became a realistic goal for many people. One of such budding entrepreneurs is Keller Renaudo. Drones mainly gained popularity because of their ability to click pictures from angles that were humanly impossible to take. Even though there was excitement about the same, the device was not safe enough to use. There were incidents where the drone ran out of battery or was away from the remote due to which it would randomly fall to the ground and hurt someone. This is why certain places made it mandatory to ask for permission from the authorities before its use. But with the passage of time, this device’s technology is getting better. And Renaudo decided to make the most of it. 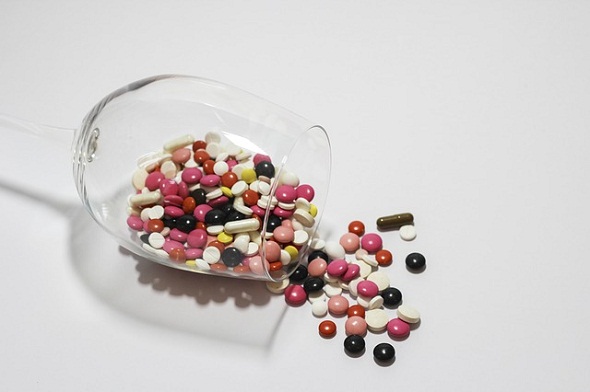 Keller Renaudo launched his startup Zipline with the hope that he can use drones to bring down the death rate. One might wonder that how would drones help people recover from a medical crisis? Yes, the drone can’t help treat people but it can deliver objects that can help save someone’s life. This is the startup’s motto. Renaudo launched this service in the year of 2011 with the hope that this initiative will help deliver blood and other such medical constituents at the right time to those in dire need. He also worked on making sure that the technology is efficient enough to avoid any kind of glitches in its transportation.

How does it function?

Zipline is the first ever company to provide a national drone delivery system in the entire world. Companies like Amazon and Google are also ambitious about the drone project but that is in order to make deliveries more convenient and appealing to their customers. On the other hand, what Zipline does can be compared to a selfless service. It does not function the way the biggest companies in the market do. Despite this, the service offered by Zipline is way better than any other tech giant. Keller Renaudo clearly stated that the startup was established to solely offer service to the people in medical need within a span of minutes. Yes, you heard it right, minutes. The service currently operates in the country of Rwanda, which is located in the eastern part of Africa. The country is known for its scenic beauty due to the endless hill ranges in all directions of the land. But beauty is not equivalent to the growth of a country. This country is not only small in size but also lacks basic facilities in a number of areas. This is mainly because of the physical features of the country which make transportation of any kind extremely difficult. But all these land-based ups and downs won’t be a hindrance in air travel. This is what intrigues Renaudo and gave him the idea to launch a delivery drone system in the country.

When we talk about a medical emergency, time plays a very crucial role in any such situation. The life of a person depends on how quick he can receive aid as well as the adequate materials required for the same. Based on this, Renaudo made sure that he can use his knowledge and skill at the right place for the right cause. This gave rise to the concept of a drone delivering medical supplies and it came true. Not only did it come true, but it became a raging success in a land which doesn’t even have adequate medical facilities. In the past one year of its functioning, the Zipline drone facility has successfully saved numerous lives in Rwanda already. Currently, this medical drone delivery does not give around medicines or life-saving injections. It has been testing its services by sending out blood packets to those in need. This in itself has also been extremely beneficial to the ailing patients.

In order to notify the people like Zipline that you are in need of a medical supply, health workers need its app. All they have to do is simply text the medical products they need to Zipline. Zipline has distribution centers where it safely stores these medical products due to which health workers can obtain scarcely or the most sensitive items as well. The products set off after packaging at these distribution centers keeping in mind cold-chain and integrity. The product leaves the center within minutes of receiving the demand request and reaches the location in approximately fifteen minutes. After dropping the red box where it should, the Zipline comes back to take off for the next flight.

After the appreciation this California-based startup got for its services in Rwanda, its founder Keller Renaudo has further stated that the company plans to expand itself in the next year. In order to do so, Zipline will work in collaboration with the Tanzania Ministry of Health and Tanzania’s medical health department as well. As a result of this collaboration, Zipline will open four distribution centers in the country. In the next four years, Zipline will deliver blood to over a thousand public health facilities spread out in the country. Apart from this, Zipline plans to go a step further and include on-demand delivery oh medical supplies except for blood such as anti-malaria drugs, HIV medications, and emergency vaccines.

Even though this concept does not sound appealing to the ears, it is the supply of such commodities that can change the face of human health in any given country. A problem which has been growing in the past hundred years will now take a turn and start moving towards its solution. Presently, the country has successfully raised $35 million in capital funding. Zipline not only ensures speedy delivery of blood packets but also takes care that none of these supplies are wasted.

Anna Domanska
Anna Domanska is an Industry Leaders Magazine author possessing wide-range of knowledge for Business News. She is an avid reader and writer of Business and CEO Magazines and a rigorous follower of Business Leaders.
« Inside Alphabet’s India Push
From joining hands with Panasonic to Toyota EV, it’s going green »
Leave a Comment
Close

Starlink, the satellite internet unit of Elon Musk’s SpaceX, will most likely be able to provide global coverage by September, according to the company’s president Gwynne S
39 mins ago

Most Japanese major companies, which at one time were leaders in consumer electronics, are struggling to find their feet in a world that has moved to digital software. Electronics
19 hours ago