Pocket Printer: a tiny robotic printer that lets you print on the go 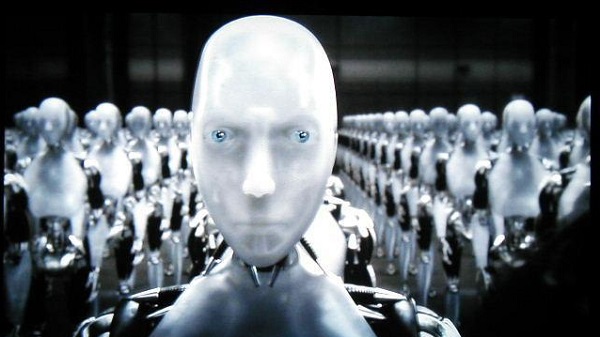 Every each of us experience presence of technology and machines which are becoming more and more visible in day-today business and economy. Even when you go to the stores you will see 5 cashiers and 5 self service machines instead of 10 cashiers ready to serve a customer, namely you – and that might be depressing. And even though some may think that those self service machines are quite convenient and fast at the same time, other will start thinking: “Does it mean that all of us will be replaced with robots at some point? Are we humans no longer needed?”

These questions are perfectly natural, given the fact that more companies have been implementing technologies and robots to make their production and services more efficient and fast. For example, more companies decide to no longer have operators or secretaries answer phone calls, replacing them with automatic machines.

And even though common people sometimes get irritated with this increasing automation of life, the fact is that all of us should get used to it. Technology is entering our lives and business more aggressively and it has already become the part of every-day life and reality.

“Will they (droids) take our jobs? Will they will replace us human workers?” – these questions have been repeated so many times indicating the growing uncertainty.

Andrew McAfee, the world-known principal research scientist at the Center for Digital Business in the MIT Sloan School of Management, is much interested in how information technologies influence and modify business and economy. Andrew McAfee, a co-author of the book Race Against the Machine, holds a positive opinion on the future impact of automation on the economy. As he understands the overwhelming emotion of uncertainty, he is  strongly convinced that  the future droids / robots will bring more good things than bad things to both companies and human civilization in general.

“We thought human beings held the high ground in a lot of these areas. We looked around and suddenly saw computers doing things they weren’t supposed to be good at it … We’re going to see computers, robots doing a lot of jobs that humans are holding today,“ he noted.

Indeed, droids / robots are still primitive, but studies are more efficient and quicker, therefore we can expect that artificially intelligent robots will show up just in couple of years as military departments all over the world invest hefty sums in the research labs.

What we are experiencing these days can be compared to the Industrial Revolution (1750 – 1850). The transformation, which we are now witnessing, will be at least so important as the Industrial Revolution or even more significant as the ongoing process is aimed at overcoming the “power of individual brains” while the XVIII/XIX one overcame the “power of human muscles”.

The introduction of technology in the business. Foxconn case

Foxconn Technology Group, an electronic manufacturer from Taiwan, in 2011 decided to introduce more advanced technology into the production at its plants. The company, which generates as much as 40 percent of the global consumer electronic revenue by creating devices such as Apple Inc.’s iPhone smartphones and also computers components, informed that it was planning to buy some robots to replace its human workers.

You probably think: “Some robots? So how many 5? 10? 100?” No, the answer is one million robots. Foxconn Technology Group decided to buy staggering one million of them over the next three years starting from 2011.

Has the company decided to replace human workforce with robots only because of the fact that it was widely criticized in regards to suicides of its workers and  and other labor-related issues? Yet, it is still hard to imagine that Foxconn Technology Group would decide to replace the entirety of productions lines with robots. No, no yet. No one is prepared for this revolutionary step.

TI executive Remi El-Ouazzane once said: “We have a firm belief that the robotics market is on the cusp of exploding.” Yet, more so much feared droids / robots have  been either still developed or already deployed in fields such as healthcare, production, warehousing and even defense, not to mention other sectors. After all, droids / robots, which we are often threatened by, are not so “bad” as  we think. Not surprisingly, robots in the military are expected to save hundreds of soldiers’ lives. Robots have already been introduced in industries, just to mention few – manufacturing, retail or distribution,increase productivity.

However, there is also a dark side of the advanced technology, which is usually exaggerated once portrayed in science fiction movies showing robots so intelligent and effective that they replace human workers. Yet, the truth is that this process may start in the non-defined future. According to David Autor, an MIT economist, some jobs, however, will be not be threatened by robots in the near future. He believes that low-skilled and low-paying jobs like dog groomers, restaurant waits staff, gardeners, as well as high-skilled and high-paying jobs should be safe.

However David Autor underlined: “Technology doesn’t eliminate jobs altogether. And it does raise wealth. But it doesn’t always have a positive distribution … We shouldn’t be worried that we’re going to run out of jobs, but we may not like all the jobs being created. It’s something we should be paying attention to.”

The Utopian vision of the technology’s impact on human lives

Not surprisingly, Andrew McAfee strongly believes that we should not be terrified of the automation and robots as the future technologies will enable us to concentrate on more crucial issues such as poverty, famine, etc. Robots, which will be implemented by businesses within the lifetime of today’s young people, will free our minds. In addition, the work of innovations brings openness, inclusiveness and transparency which are so desired by people, according to him.

The future will be better. Yet the transition, which is essential while going through today’s digital technologies’ revolution, will be challenging and painful to the society. Though, our minds will be freed to engage in more important and substantial ideas. Yet it is necessary to underline that Andrew McAfee does not envision a workplace without human workers. He noted: “That’s still too science fiction. Don’t get me wrong. Technology grows the economic pie. Technology is not bad for the economy. It makes us more productive. It lets us grow more”.

Without a doubt,  his vision of the future seems to be basically utopian and idealistic. But who knows what the future will bring.

Anna Domanska
Anna Domanska is an Industry Leaders Magazine author possessing wide-range of knowledge for Business News. She is an avid reader and writer of Business and CEO Magazines and a rigorous follower of Business Leaders.
« Leadership Traits All Leaders Have in Common
Osborne’s bank reform criticized by Commission »
Leave a Comment
Close