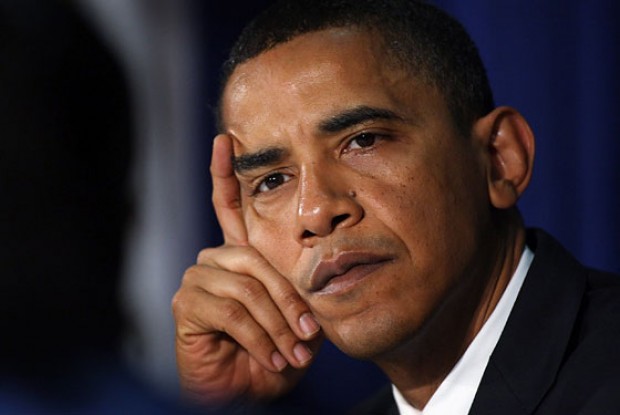 In response to Standard & Poor’s first-ever downgrade on the outlook for the U.S economy from a triple-A rating to AA+, the Dow Jones Industrial Average reacted dramatically on Monday by falling more than 600 points; its worst-ever drop since the 2008 financial crisis.

In response, U.S President Barack Obama assuaged global fears by saying, in his first public statement since the downgrade, that, “Markets will rise and fall. But this is the United States of America. No matter what some agency may say, we have always been and always will be a triple-A country.”

“We didn’t need a rating agency to tell us that the gridlock in Washington over the last several months has not been constructive to say the least,” he added.

Reasons for & Implications of the Downgrade

The downgrade announced by S&P, the first-ever of its kind, that the Dow Jones Industrial Average reacted so sharply to, came just a few days after U.S lawmakers announced the approval of a deficit-cut deal of $2.1 trillion over the next decade.

Explaining reasons for the downgrade, S&P said on Friday, “The downgrade reflects our opinion that the fiscal consolidation plan that Congress and the administration recently agreed to falls short of what, in our view, would be necessary to stabilize the government’s medium-term debt dynamics”.

And while the U.S could get back its AAA rating, this, according to market experts is not likely to happen in the near future. This was reinforced by a John Chambers, the head of sovereign ratings at S&P, who said in a statement that “Once you lose your AAA, it doesn’t usually bounce back.”

Credit ratings are assigned after an analysis and estimation of a borrowing country’s ability to repay its loans by rating agencies like S&P, Moody’s and Fitch. The U.S, with its long-standing AAA rating, has until now figured among the “safest bets”.

While S&P lowered its rating for the United States last Friday, Moody’s and Fitch, the two other key credit ratings agencies, maintained their AAA rating. Moody’s however lowered its outlook on U.S. debt to “negative”, indicating the possibility that this agency might follow S&P’s footsteps in a year or two in downgrading the country’s sovereign credit rating.

Citing differences between the Republicans and Democrats over the U.S debt ceiling as being a key issue causing the downgrade, John Chambers said in a statement to CNN that while the budget deal struck last week would provide at least a $2.1 trillion in savings over the next ten years, this would not be sufficient.

In another media statement, Chambers, in acknowledging that other AAA graded countries like France with even-grimmer debt situations than the U.S had retained their triple-A rating, said that this was so because France, unlike the U.S, has already undertaken significant reforms which promise to in the short-term halt, and in the medium and longer terms turn around its growing debt problems.

Saying that Congress should accept some of the blame for not raising the debt ceiling in a timely manner, Chambers said that the first thing U.S lawmakers should have done “is to have raised the debt ceiling in a timely manner so that much of this debate had been avoided to begin with, as it had done 60 or 70 times since 1960 without that much debate.”

A “Renewed Sense of Urgency” for Washington?

Even as the Dow Jones Industrial Average plummeted sharply on Monday, President Obama, who delivered his address while the market continued to fall, urged for more “common sense and compromise” among lawmakers where deficit reduction is concerned.

Saying that he hoped the downgrade “will give us a renewed sense of urgency” in tackling deficits, President Obama said Washington would fix its problems by showing more political will.

Responding to the downgrade by saying that analysts “doubted our political system’s ability to act,” Obama reiterated his call for Congress to respond with a deficit-reduction plan that addresses taxes along with budget cuts.

A committee to be created next week will have three months to devise a plan cutting at least $1.5 trillion over 10 years.

However, this was responded to by the Republicans in a manner that echoed the stand this party has been maintaining over the past months, with House Majority Leader Eric Cantor, saying in a memo released to Republicans that “There will be pressure to compromise on tax increases. We will be told that there is no other way forward. I respectfully disagree.”

This was echoed by Senate Leader Mitch McConnell’s who said that he strongly disagrees with “the president’s call for tax hikes on American families and job creators.”