The Berlin-based startup Flink will use its cash influx to fund to further expand and cash in on the instant grocery delivery boom.

Germany-based startup Flink is trying to make elbow room in a crowded space dominated by several food delivery startups, including Gorillas, Getir, and Weezy. The Covid-19 pandemic was the catalyst in their growth as people became dependent on these delivery platforms to meet their needs during the lockdowns. 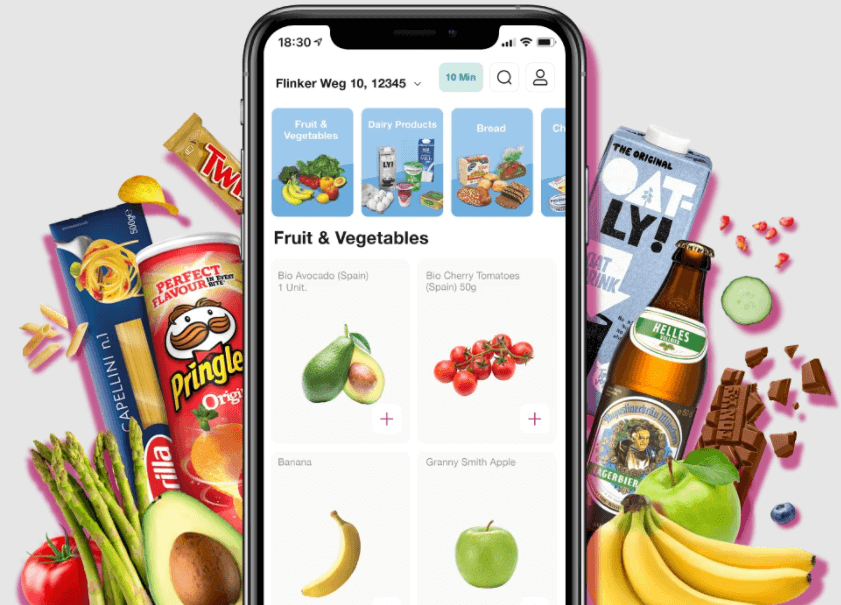 Things You May Not Know About the German Startup Flink

The German food delivery startup Flink promises customers in its European markets groceries within 10 minutes. U.S. tech firm DoorDash led its Series B funding round in September and included investors such as Mubadala Capital, part of Abu Dhabi’s sovereign wealth fund. This round valued the privately-held company at $2.1 billion, which has now gone up slightly to $2.86 billion with the latest funding.

The latest cash influx will be used to expand its operations. The Berlin-based startup currently has more than 140 delivery hubs in over 60 cities, servicing up to 10 million customers. Germany and the Netherlands are its largest markets. The plan is to grow Flink’s footprint, both organically and potentially, by snapping up rivals.

“We are just getting started as we receive daily questions from people who ask, when they can reach our services,” said founder Oliver Merkel. With the new investment round, Flink will have enough capital to expand and beat its rivals in the game. The previous fundraising round raised $240 million in June from investors, including Prosus NV, Bond, and Mubadala Capital. It is also backed by Cherry Ventures, Northzone and Target Global.

Flink’s competitors Gorillas Technologies GmbH, raised $1 billion in October from investors led by Delivery Hero SE. Incidentally, DoorDash was in talks with Gorillas too for a deal, but the talks fell through. Amazon and Gopuff,  U.S. delivery app backed by SoftBank, both were interested in investing in Flink.

What is interesting is that Flink was started just a year ago and went fully operational in the last 7 months. Interestingly, it has attracted the attention of such big investors in such a short time. CEO and co-founder Oliver Merkel believes it is because all the founding members come with a lot of experience in the field. Merkel spent years as a management consultant at Bain working in grocery and retail; co-founders Julian Dames and Christoph Cordes are Rocket Internet alums and also founded the Foodora food delivery startup and furniture e-commerce business Fashion for Home (acquired by Home24, where Cordes became CEO), respectively.

DoorDash Chief Executive Officer Tony Xu told Bloomberg that his company was looking for commercial opportunities with the startup Flink beyond its financial stake. “We tend to not make investments. Typically we usually do it if we believe that there might be a commercial relationship or something strategic that is maybe cemented or solidified by an investment,” DoorDash’s Chief Executive Officer Tony Xu said in an interview on the sidelines of the Slush 2021 tech conference in Helsinki.

This is the San Francisco-based company’s attempt to get a foothold in Europe. Earlier, the company announced a 7-billion euro ($7.9 billion) deal to buy Wolt in Finland. The deal is yet not closed and it is expected that all the paperwork will be done by the second-half of 2022.

DoorDash last year struck deals with U.S. chains including Meijer and Wegmans to offer grocery delivery through its app for the first time.